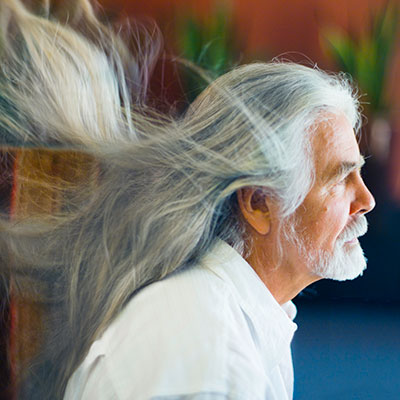 Distinguished Professor Emeritus Mark S. Aldenderfer is being honored for his long and storied archaeology career at this year’s Society for American Archaeology (SAA) annual meeting, in Chicago at the end of the month.

Many of Aldenderfer’s former colleagues and students have prepared papers to present at a two-part symposium honoring the career that has taken him around the globe.

“When I learned of the symposium, I was both honored and touched,” Aldenderfer said. “I’ve worked with a wonderful group of students and colleagues over the years, and I am thrilled that I will see many of them at this event.”

His research focuses on the comparative analysis of high-altitude cultural and biological adaptations from an archaeological perspective. While he has worked from jungles to deserts, he is best known for his high-altitude archeology in the Ethiopian Highlands, the Andes and the Himalayas.

Aldenderfer was named a National Geographic Society Explorer in 2010, the same year he joined the campus. While at UC Merced, he became one of the first two John D. and Catherine T. MacArthur Distinguished Professors in the School of Social Sciences, Humanities and Arts, a school he also led as dean for more than five years.

At the March 31 symposium, entitled “Archaeology with Altitude,” presenters will offer papers inspired by Aldenderfer’s research, such as “The Evolutionary Ecology of Non-gendered Big-Game Hunting,” “Bioarchaeological Perspectives on Human Adaptations to Life in “Marginal” Environments: High-Altitude Nepal and Beyond,” and “Modeling Climate-Population-Conflict Relationships in the Maya and Nasca Regions.”

An SAA member since 1995, Aldenderfer is a three-time recipient of the Presidential Recognition Award, given to those who provided extraordinary services to the society and the profession in the previous year.

A native of Ohio, Aldenderfer was a faculty member at the University of Arizona and UC Santa Barbara before UC Merced. Aldenderfer retired from UC Merced in 2020 and moved to Santa Fe, N.M., but he has not stopped working.

He is currently serving as a deputy editor for anthropology and archaeology for Science Advances — part of the AAAS family of journals — and he is still working in the Himalayas of Nepal, studying long-term patterns of population movements, trade and the transformation of religious traditions over the past 3,000 years.