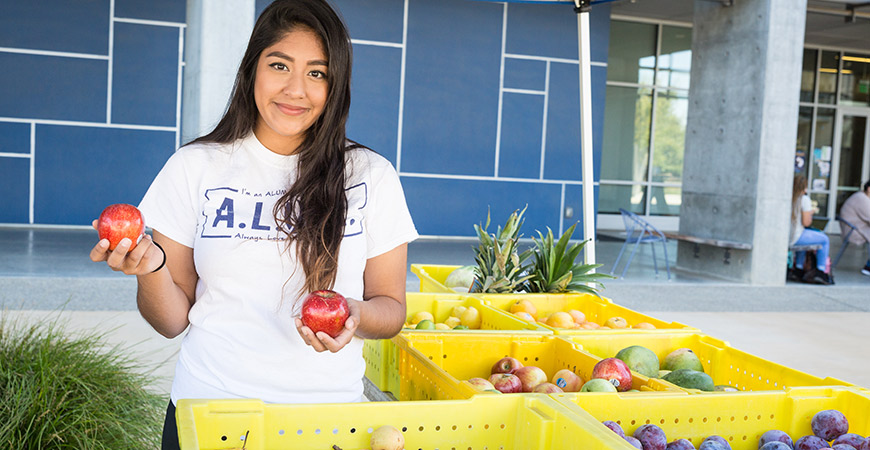 The campus has established a wide range of innovative ways to address food insecurity.

Hunger is a critical issue facing most of the nation and the world, but it’s even closer to home than some might think. At UC Merced, it's an issue that many students face, and one that researchers are seeking to understand.

A systemwide survey last year found that four in 10 University of California students did not have a consistent source of high-quality, nutritious food — and at UC Merced it was even higher, with nearly half of those surveyed responding that they don’t have reliable access to wholesome food.

Food insecurity presents a serious challenge for college students who come to class hungry and are unable to focus. That’s why faculty, staff and students are working with the community on all levels to make it easier for everyone to access more fresh and healthy foods.

UC President Janet Napolitano launched the UC Global Food Initiative (GFI) in 2014 with the goal of expanding research and sharing best practices across the system to improve the food system in order to feed a world population expected to reach 8 billion by 2025.

The UC Merced Food Pantry opened in 2013 in partnership with the USDA and the Merced County Food Bank. In 2016, the Food Pantry served 3,059 households and 6,563 individuals, for an increase of 56.8 percent in the number of households served and a 73.7 percent increase in the number of individuals served over 2015. According to the county food bank, UC Merced’s Tri-College Center distribution site is the largest in Merced County.

Food security is an issue that is being addressed on a broad scale by UC Merced's Blum Center for Alleviating Poverty and Social Disparities. Other campus initiatives include community gardens, seasonal menus in the dining center, increased composting on campus, educational and skill building workshops, food insecurity data collection and analysis, and coordinated benefits access programs.

Global Food Initiative student fellows are also selected annually to increase awareness of and participation in the GFI by coordinating efforts like social media, tabling and events. 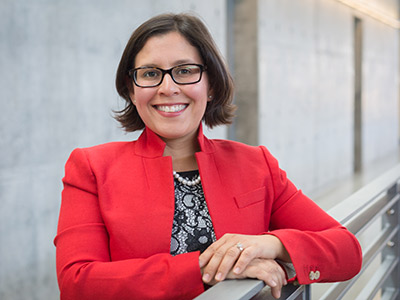 Professor Susana Ramirez and her students are working to improve public health in the region.

In 2015, public health Professor Susana Ramirez began conducting the first of several studies for a project in collaboration with the Merced County Department of Public Health, funded by the Centers for Disease Control and Prevention, and involving more than 40 local organizations.

“Residents of low-income communities who don’t have their own grocery stores have figured out how to get to the store, but they don’t have the money for healthy foods,” said Ramirez, a professor in the School of Social Sciences, Humanities and Arts. “We need to ensure the food is available at a cost they can afford.”

Ramirez and sociology Professor Zulema Valdez are currently working with the county Department of Public Health on efforts to encourage alternate food outlets in Winton to broaden their inventory of fresh produce. Due to the positive association between the retail environment and diet, they began matchmaking farmers with corner stores and rural grocers to make changes that improve both the store environment and the food inventory offered.

Ramirez hopes that resources like the recently launched CropMobster, a local food system hub that facilitates sharing, selling and engaging the community, will help address the lack of reliable communications resources.

After all, she said, “Health is a human right.”

Residents of low-income communities who don’t have their own grocery stores have figured out how to get to the store, but they don’t have the money for healthy foods.