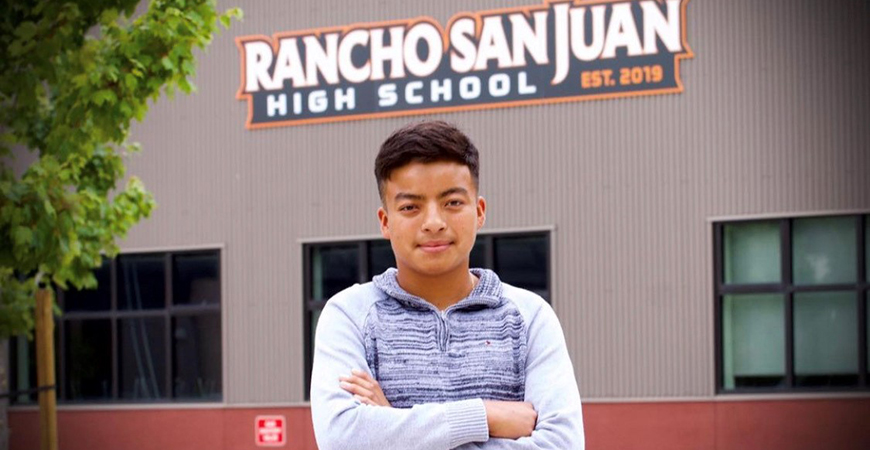 A key factor in his decision to attend UC Merced was its proximity to his family and to Yosemite National Park.

“I chose Merced for the financial aid that I am being awarded, and because of its unique location like no other,” he said. “I like how close it is to some of the best national parks in the United States. The campus also has National Park Service rangers on site.”

Oregon was born in Escondido and lived in San Marcos until his family moved to Salinas where he completed grades 6-12.

During his time at Rancho San Juan High School, he had a well-rounded educational experience. He participated in football, Mountain Bike Club, Cosmos Club, Interact Club, student leadership, and he was assistant to the athletic director.

As a senior, he received the Rotary Club of Salinas Valley Interact Scholarship and the Juan Flores Community Award.

“I worked hard and received a leading position in all the activities I took part in,” Oregon said. “I am grateful for the opportunity to be where I am, especially since I am a first-generation student and I beat meningitis at the age of 3.

“I was later told I had a 10 percent chance of survival. Looking back, I recognize that I went against the odds.”

No matter what challenges life doles us, Oregon said he learned “we can always persevere.”

One of his major motivations is his little sister.

“I do this all for her; I want to give her the opportunities I didn’t get growing up," he said. “She motivates me with her enthusiasm, and I just want her to know that anything is possible as long as she sets her mind to it.”