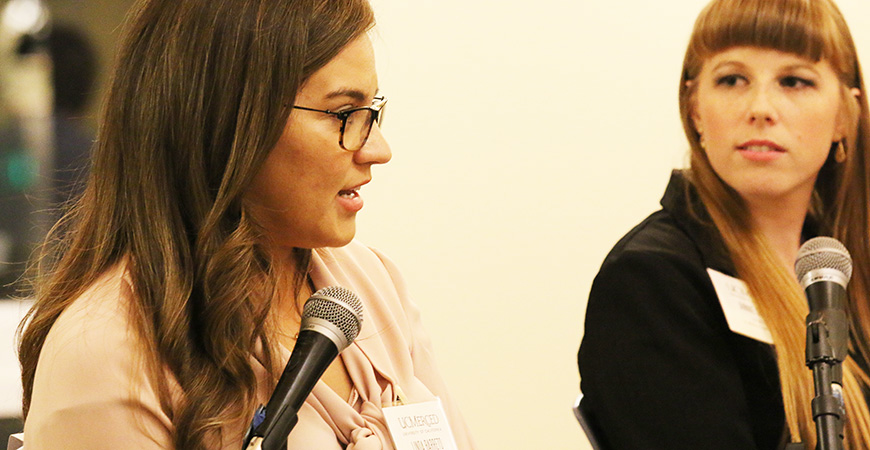 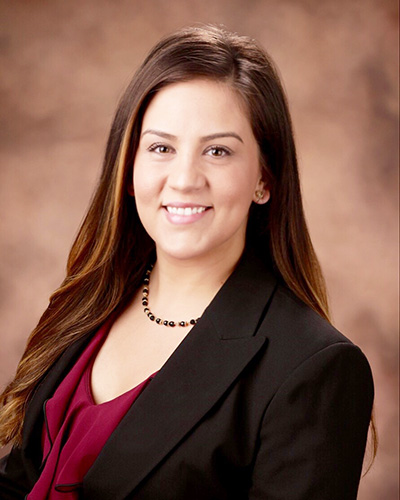 While driving, Barreto was pulled over and cited for failing to stop before making a left turn. She decided to fight the citation in court because there was no requirement or need to stop.

It was her first case — and her first win. “I felt a rush, a passion for fighting for my rights,” she said.

Today, the 2008 graduate takes up legal battles for others as an immigration attorney with Lazaro Salazar Law Inc. in Fresno. Barreto also handles pro bono cases for her former employer, Kids in Need of Defense (KIND), a national nonprofit that represents unaccompanied immigrant and refugee children in deportation proceedings. Many of these children are fleeing violence or abuse in countries like Honduras, El Salvador and Guatemala.

Thousands of these young refugees come over the border each year. KIND advocates for the child’s interests and can look for legal pathways allowing a child to remain in the United States. Barreto, born and raised in Fresno, understands that story partly because her mother is a first-generation immigrant.

She is similarly dedicated to the Central Valley — one reason she applied to become part of UC Merced’s inaugural class in 2005. Barreto, then enrolled under her maiden name of Torralva, said she wanted to attend college and work in the Central Valley to combat the “brain drain” that afflicts the region.

“I also wanted to be a part of something new, and I was excited to have a UC in the Valley,” she said.

At UC Merced, Barreto worked toward her academic degree while helping develop the fledgling campus as a member of the chancellor’s committee. She gained a feeling of confidence from her college experience and from working with the university’s highest-level administrators.

“It made me feel empowered — if I could do that, I could walk into law firms and ask for a position,” Barreto said.

She also greatly appreciated the pioneering spirit of the campus. “It’s OK to be the first one,” she said. “That gave me more tools to be prepared.”

She completed her bachelor’s degree in psychology in just three years, then took a few years off and got married. She and her husband have two children and are expecting a third this fall.

In 2010, Barreto enrolled at the San Joaquin College of Law and earned her degree in four years. She also worked in the school’s New American Legal Clinic.

Barreto acknowledges her success but points out that she’s not alone. Her former UC Merced roommates include a general surgeon, a librarian with a doctorate, and a psychologist.

Today, Barreto recommends UC Merced to others — including her younger brother, Marco Torralva, who is now entering his senior year at the campus and is a member of the men’s soccer team.

“I really encouraged him,” she said. “I told him what a great experience I had.”

Name: Jacqueline Bustamante Year: Fourth year Major: Chemistry Hometown: Atwater What is a memorable project that you worked on during your...