By James Leonard, University Communications
May 17, 2016
Research from UC Merced Professor Néstor J. Oviedo shows that in flatworms, cells with damaged DNA proliferate more in upper areas of the body and near brain tissue 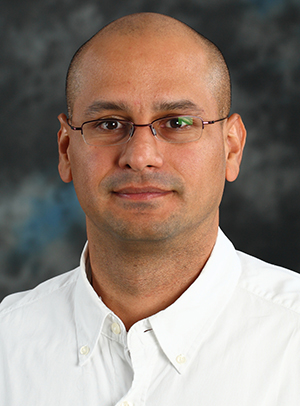 Cancer cells divide with more frequency and are more resilient when they are closer to the brain, indicating a potential link between cell growth and the nervous system, according to new research from Professor Néstor J. Oviedo of the University of California, Merced.

The study, published today (May 17) in the prestigious journal Development, could have significant implications for our understanding of cancer and how to treat it.

“We are now looking at what specific areas of brain or nervous system are involved,” Oviedo said. “There may be a signal from the brain that affects tumor suppressors. There could be a gradient to the effect, depending on the distance from the brain. Once you find the signal, then you can address how to affect that signal.” 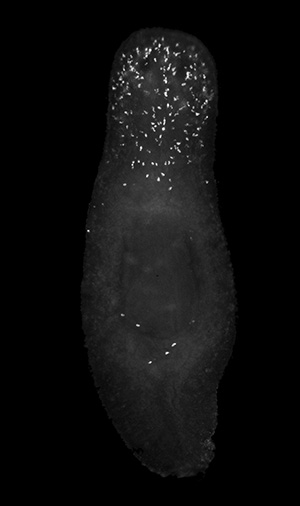 Oviedo’s study was designed to investigate why cells in the upper and lower halves of an animal’s body behave differently. Research has shown that cancer cells transplanted to the upper half of a body will grow more aggressively than in the posterior region of the body. In humans, the survival rate for skin cancer patients is lower when tumors are closer to the head and neck.

To better understand this phenomenon, Oviedo turned to his favorite invertebrate, the planarian. Oviedo has previously used the flatworm, which can quickly regenerate parts of its body and whose stem cells are similar to those found in humans, to learn more about cell growth and death.

One of the first signs and causes of cancer is DNA damage in cells, so Oviedo first generates DNA damage to all cells in the adult planarian body. In the planaria’s posterior half, most of the damaged cells died off. But in the anterior region, fewer cells died — and, surprisingly, the damaged cells were able to divide and even over-proliferate, a hallmark of cancer cells.

This finding could have great significance in understanding how cancer initiates and the mechanisms that allow damaged cells to avoid cell death. 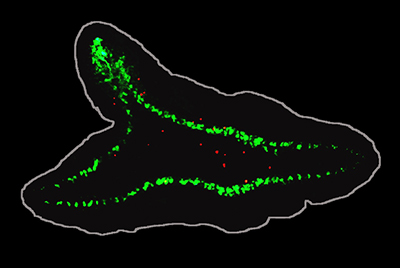 Further, Oviedo found that introducing brain tissue into another part of the planarian body led the damaged cells to resist dying. Rather, they proliferated in greater numbers in that area, suggesting brain tissue may alter the fate of cells with damaged DNA.

“Given what we found, it’s likely that signals from the nervous system are mediating in the process that allows cells with DNA damage to evade or resist tumor suppressors and continue dividing,” Oviedo said.