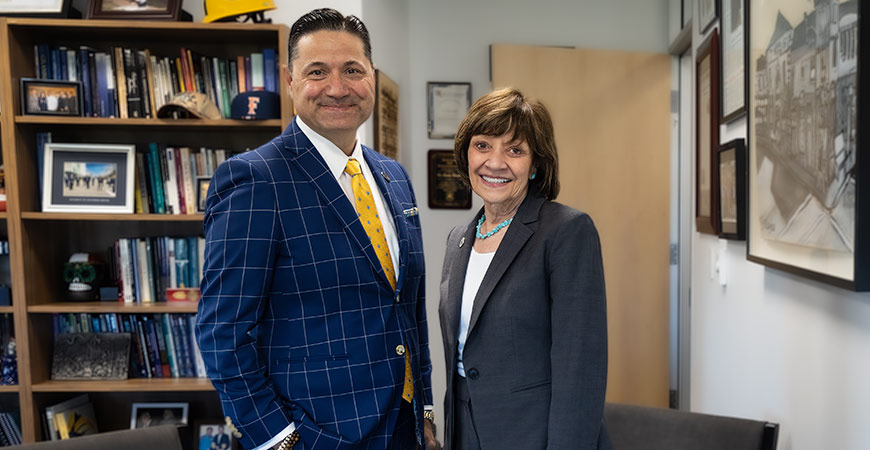 Last year, UC Merced received the largest research grant in its history. The $10 million Secure Water Future (SWF) award, led by Professor Joshua Viers in cooperation with other UC campuses and other partners, is funded by the U.S. Department of Agriculture (USDA) and aims to improve agricultural and environmental water resilience.

Today (March 18), UC Merced researchers and the California Department of Food and Agriculture (CDFA) Secretary Karen Ross and representatives from local irrigation districts gathered at the campus to discuss ways to secure a climate-resilient water future for the San Joaquin Valley.

“UC Merced was created to serve our local communities, the State of California, the nation and the world through principles of access and inclusion,” Chancellor Juan Sánchez Muñoz said. “This research funding comes at a critical time in California and the Central Valley’s history.”

“Solutions cannot happen without our academic partners. This is a historic drought, the driest months on record, and how we secure water is changing,” Ross said. 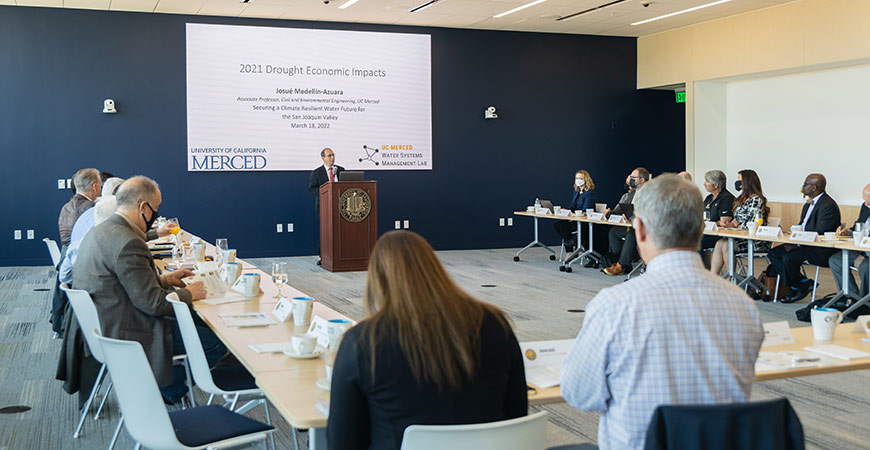 Topics discussed during the meeting included recent advances in data integration to build climate resilience, drought economic impacts, state of the state for climate and drought and others.

“SWF, the USDA-funded project, focuses on water banking, trading and improvements in data-driven management practices to create a new climate adaptation decision analysis framework to arrive at a climate-resilient future in water-scarce regions of the United States,” Viers said.

“Extreme drought has been a staple of California for the past decade. Climate change increases the odds for extreme summer drought and particularly multiyear drought,” Abatzoglou said.

Ross said her visit gave her a more in-depth understanding of the issues the Central Valley faces and hopes to work alongside researchers to develop ways to resolve them.