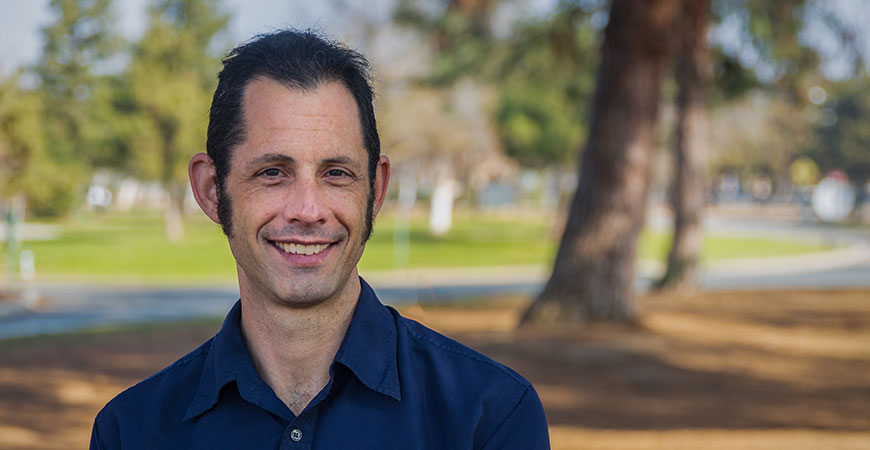 An upside of the increase in forest fires in the West is that they reduce the amount of fuel available for other burns. That might provide a buffering effect on western fires for the next few decades, but the threat of climate-driven forest fires is not diminishing, a new study shows.

Without substantial changes in how people interact with wildfire in the western U.S., climate change will increasingly put people in harm’s way as fires become larger and more severe.

UC Merced professors John Abatzoglou and Crystal Kolden, with the School of Engineering, along with collaborators from the University of Washington, UCLA and the Cary Institute, recently published a paper in the journal Nature Communications Earth and Environment detailing their findings:

This study is the first that considers uncertainties in both climate trajectories and fire-fuel feedbacks on near-term changes in the western U.S. forest-fire areas. Many modeling efforts have ignored vegetation feedbacks in projecting fire activity, but the researchers on this study incorporated a range of plausible fire-fuel feedback scenarios.

“We looked at them alongside climate projections to ask whether these feedbacks will sufficiently bend the curve of increasing fire activity in our forests,” Abatzoglou said. “We show that compared to the past three-decades — which already saw large increases in burned areas — the average annual forest area burned from 2021-2050 is likely to increase by 50 to 100 percent.

“We have to buckle up and get ready for bigger fire seasons.”

A century of fire-suppression efforts left forest floors carpeted with fuels that have interacted with a warming and drying climate to produce a dramatic increase in fire extent. The continued increase in forest fires will carve away at the accumulation of fuel, but that’s not going to be enough to reverse the trend of escalating forest-fire area in the western U.S. in the coming decades.

The researchers also show that climate change will increase the year-to-year variability in area burned, leading to substantial increases in the occurrence of fire seasons rivaling the 2020 fire season.

“Our results show that even with strong reductions in fossil fuel use, over the next 30 years warming due to climate change will greatly increase the annual averaged area burned,” said University of Washington atmospheric sciences Professor David Battisti, a co-author of the new paper. “Perhaps more worrying, the area burned in most severe fire seasons will increase exponentially. The total area burned in western U.S. forests in the next 30 years will be equivalent to one-third of the total forested area.”

The findings are critical for refining near-term trajectories of direct and indirect fire effects to human-environment systems in the western U.S. and devising adaptation and mitigation strategies, the researchers said.

One way to bend the curve of rising forest fire activity is to make a larger investment in appropriate place-based strategies already being used, such as prescribed fire, forest clearing and allowing fires to burn when they pose no threat to homes or infrastructure, Abatzoglou said.

The Biden administration’s recent pushes for climate change-driven infrastructure make this work all the more important.

“The data we have can help us understand escalating fire impacts in the western U.S., as well as other fire-prone regions of the globe that have been the subject of recent fire outbreaks,” the researchers said. “Given the impacts of wildfire on society highlighted by recent and ongoing extreme events, efforts to understand the influences of weather and climate against the backdrop of current non-climatic factors such as land management are urgent.”

Hondurans cast their votes in the presidential election over the weekend, and the majority decided to elect opposition candidate Xiomara Castro to lead...

Professor David Strubbe has become the eighth faculty member of the 21-member Department of Physics to receive a National Science Foundation (NSF) CAREER...