Hirst Selected for Prestigious Fellowship in the American Physical Society 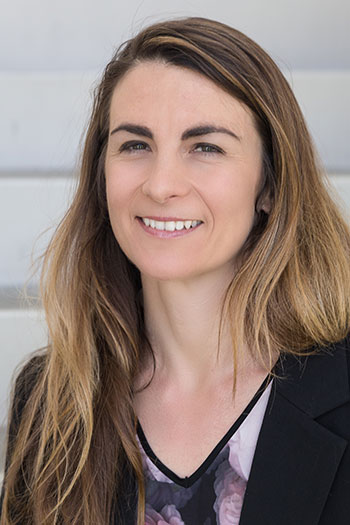 Physics Professor Linda Hirst has been elected a fellow of the American Physical Society (APS) by the APS Council of Representatives at its most recent meeting. This is the second consecutive year the Department of Physics has had a faculty member elevated to an APS fellowship.

The number of APS Fellows elected each year is limited to no more than one-half of 1 percent of the membership and is a prestigious recognition by Hirst’s peers for her outstanding contributions to physics.

Hirst researches soft-matter physics and how the field applies to human health. Her work includes investigating the structure and properties of biological membranes and creating new active liquid crystals out of biological molecules, such as molecular motors and protein filaments called microtubules. She is also developing new methods to assemble nanoparticles into three-dimensional structures using liquid crystal fluids.

For her fellowship, she will receive a certificate that reads “For fundamental experimental studies of the phases and dynamics of synthetic, biological, and biologically inspired membranes and liquid crystal materials.”

APS, a nonprofit established in 1899 to advance and diffuse knowledge of physics, comprises more than 50,000 members, nearly 50 divisions, sections and other units, and publishes the Physical Review journals and Physics Magazine.

“This represents one of the biggest honors for a physicist,” department Chair and Professor Ajay Gopinathan said. “We are proud to count faculty of Linda’s caliber among our ranks. Her cutting-edge research and scholarship are part of what makes UC Merced’s Department of Physics outstanding at the national level in soft matter and biophysics.”

Hirst has been an APS member since 2001. She joined UC Merced in 2008. In 2019, she received the British Liquid Crystal Society’s C. Hilsum Medal for her contributions to liquid crystal science and technology. She is a professor in the School of Natural Sciences and a member of the Health Sciences Research Institute, the Center for Cellular and Biomolecular Machines and the Merced nAnomaterials Center for Energy and Sensing. She is the author of “Fundamentals of Soft Matter Science.” Hirst has also served as an executive council member for the APS and received a National Science Foundation CAREER award and the International Liquid Crystal Society's Glenn Brown Prize.

Hirst was nominated by her peers for APS fellowship, and said she is honored.

“It’s very important to me that my work over the years has been recognized by my peers as significant enough to merit this fellowship,” she said. “This is an important milestone in my career.”