Trevor Albertson, who earned his Ph.D. in world cultures and history from UC Merced in 2009, has been appointed interim president/superintendent of Lassen Community College (LCC) by its board of trustees.

Albertson began work at LCC in 2018 and served as dean of Instructional Services before former President/Superintendent Marlon Hall retired in December. 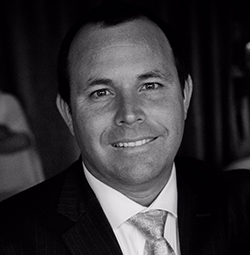 While at UC Merced, Albertson’s research focused on the political-diplomatic history of the 20th century United States. He was named a UC Institute on Global Conflict and Cooperation Fellow in Foreign Policy Studies. He earned a master’s degree in International Affairs from the Catholic University of America in Washington, D.C., and a bachelor’s degree from Norwich University in Vermont.

A former Air Force intelligence officer, Albertson served as a congressional staffer, a deputy secretary of a cabinet department in California state government and a gubernatorial appointee. He was also an assistant professor and course director at the Department of Defense’s Air Command and Staff College at Maxwell Air Force Base, Alabama.

In his new role, Albertson will serve on the LCC board as secretary.