Q&A with Economist Greg Wright: COVID-19’s Impact on the Economy 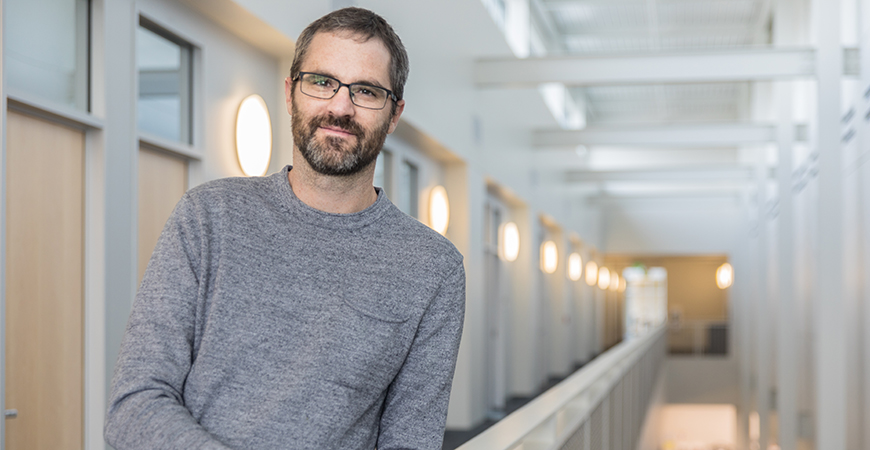 Since the onset of many governors’ stay-at-home orders, there are fewer cars on the road as fewer people are driving to work. While some people can work from home, sadly, some are not working at all.

The global pandemic has caused record unemployment in the United States and the future of the economy and the American workforce is unclear. Economics Professor Greg Wright weighs in on the impact COVID-19 has had on the nation’s economy and what we can expect moving forward.

Wright’s research interests include international trade and immigration topics. He is from Oakdale and earned his bachelor’s at UC Berkeley and his Ph.D. at UC Davis.

1. First off, please give us an overall idea of how this pandemic has affected the economy.

At least 26 million people have filed for unemployment in the past month, which is more than fifteen percent of the total workforce. Gross Domestic Product for the second quarter (the current quarter) has likely fallen by 7 percent to 10 percent. As a comparison, during the 2008-2009 recession, GDP fell about 2 percent during the worst quarter.

The least advantaged are being hit the hardest. U.S. income inequality — which was already very high prior to the crisis — is likely to widen due to the pandemic, mainly because those working in the relatively low-wage service sector have been the most likely to lose their jobs. And even when able to continue working they are more likely to work jobs that expose them to infection. More generally, the relatively affluent are social distancing to a greater extent because they are able to, while pollution, poverty and pre-existing health conditions seem to be among the best predictors of infection and death. So, the health and economic consequences are severe, and particularly for the most vulnerable individuals.

2. Some economists say there won’t be a fully functioning economy again until people are sure they can return to work without catching the virus. Is this true?

While we don’t know exactly how people will respond to the lifting of stay-at-home orders, it is almost certainly true that many people will be reluctant to socialize, work, and participate in the economy in ways that could jeopardize their health.

I’m working on a research project with Professor Ketki Sheth where we find that one of the strongest predictors of whether people defy stay-at-home orders is the need to go to work (the best predictor seems to be a person’s underlying tolerance for risk), which understandably suggests that this is an important priority for many people. But until people feel comfortable congregating in shopping malls, getting on airplanes or sending their children to school, there will be much less work for people to do. So, yes, the economy will likely be suffering for many more months.

3. As you said, 26 million Americans have filed for unemployment in the past month. What does this staggering number reveal about the state of our economy?

The magnitude of this will alter the economy forever. For instance, it will hasten the decline of already struggling firms and industries and accelerate a shift in workers and capital toward new and growing firms and industries. Many people may be left behind during this transition without proactive policies to support skill upgrading and to mitigate income losses.

4. Has something like this happened before? Could we be in a situation comparative to the Great Depression? How is this situation similar and how is it different?

It is similar to the Great Depression in terms of the magnitudes of the declines in employment and output thus far. However, the Great Depression was a more sustained period of decline, whereas the current crisis will likely transition to small, positive growth in employment and output in future quarters — or at least that is the hope. The underlying difference is that the current crisis was caused by a sharp drop in the demand for goods and services at a time when the economy was, for the most part, functioning well. The Great Depression, on the other hand, was caused to varying degrees by the collapse of asset markets, monetary policy failures and a steep rise in U.S. trade barriers. There was little hope of a quick recovery in that case, and in fact things got progressively worse for many months. With the current pandemic, we are hopefully seeing the worst of things on the economic front right now — assuming our political institutions hold together and financial markets continue to function.

5. Will our economy ever get back to how it was, or could there be a new normal? What do economists expect to be the timeline of this return?

I think the timeline on this is a question for a public health expert, because it is the virus that will constrain us going forward. But there will undoubtedly be a new normal. As I noted before, there will be structural changes in the economy due to the “creative destruction” wrought by the crisis. There will be political pressure to make some of the safety net programs that have been put in place permanent, and perhaps more expansive. Or to enact new policies that acknowledge that the crisis has only brought to the surface the economic struggles that many people face even in good times. Advocates for policies like these will square off against those who fear these programs will disincentivize a return to work. We may see increased pressure for a more equitable and intelligent health care system, as the pandemic has highlighted the perverse consequences of having health insurance be contingent on employment when jobs are lost precisely because of a health crisis. At the same time, governments will be grappling with reduced tax revenues and will face pressure to cut spending. All in all, the crisis has made the tradeoffs that we face starker and, going forward, our policymaking will need to contend with the lessons of this crisis.