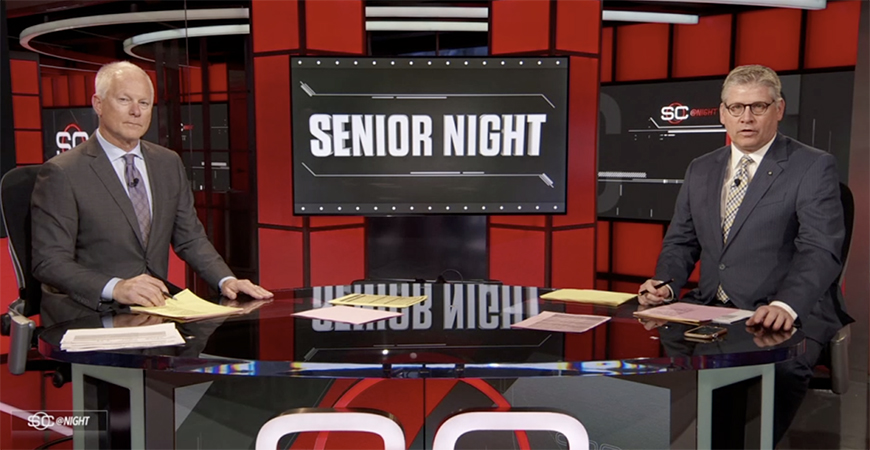 COVID-19 might have prevented graduating senior Joey Medina from playing his final volleyball match with his teammates this spring, but one thing might soften the blow — being featured on ESPN.

ESPN’s SportsCenter showcased the volleyball setter on Sunday as part of the network’s #SeniorNight segment, which celebrates graduating senior athletes across the country. Many seniors have been deprived of the thrill that comes with closing out their final seasons as sporting events have been canceled nationwide with the spread of COVID-19.

“We’ve become like a video yearbook of sorts for those pages that the virus has left blank. Can’t do anything about the prom, but we’re really good with the sports,” said SportsCenter host John Anderson.

Medina had no idea he was going to be featured on the show and was surprised when UC Merced’s Sports Information and Marketing Coordinator Andrew Mitchell texted him a video of the segment.

“It was pretty cool being on a station like ESPN because that’s kind of like a dream come true. Every athlete wants to be on SportsCenter,” Medina said. “Men’s volleyball isn’t a sport that gets a lot of recognition, at least until now, and it was cool getting to be recognized and getting to be the face of that.” 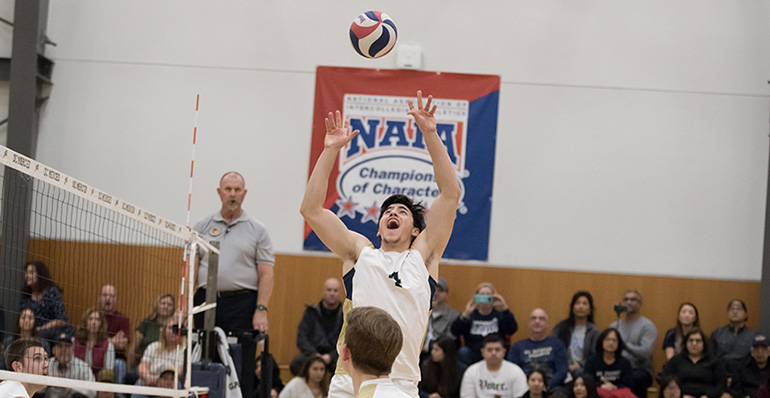 Joey Medina sets a ball for his teammate during a match.

The Lancaster native came to UC Merced in 2018 and set the school’s record with 23 service aces in a season. While Medina considers serving one of his strongest assets to his game, he also is fifth all-time with 309 career assists.

Medina credits his success to the bond among his teammates and the motivation he gets from practicing with fellow setter Ryan Steele, who holds the school’s all-time record for assists.

“In practice we would push each other every day,” Medina said. “No matter who is on the court, we support him.”

This dynamic was an asset to the team on and off the court, said Coach Ai Prachumsri.

“Medina is the ultimate student-athlete that you would want on any team. He excels in the classroom, as well as on the court. I am forever grateful that he took a chance and transferred to UC Merced,” Prachumsri said. “We are very fortunate to have two amazing setters on the team, and every day Joey has approached practice with intensity and the mindset that he will do anything to help the team succeed regardless if he is on the court or not. This makes Joey one of the rarest types of athletes, an athlete who is willing to sacrifice his personal glory for the success of the team.”

People in cities across the country have been ordered to stay at home and shelter in place to stop the spread of the COVID-19 virus. For the latest on what UC Merced is doing, please visit the Emergency Preparedness website.