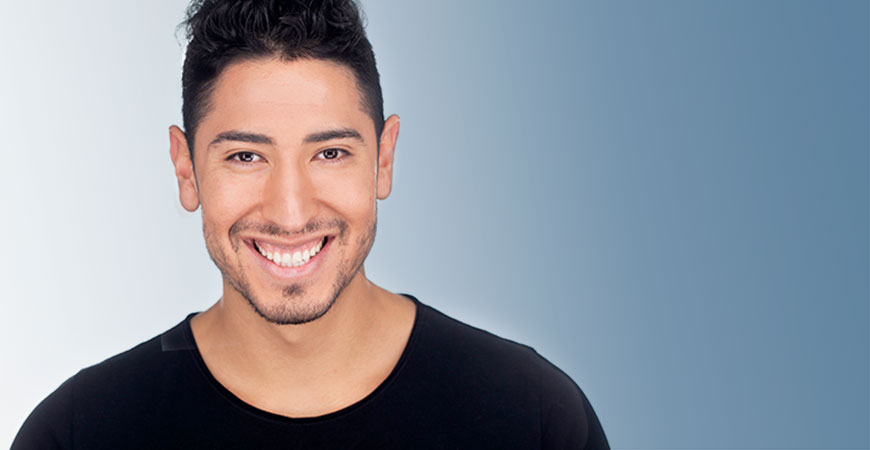 Ish Verduzco has a weekday routine. It rarely varies more than 20 to 30 minutes a day.

5:20 a.m.: Listen to an audiobook while I brush my teeth and prep for my morning workout.

We know this because Verduzco posted the routine in his newsletter, where he drops knowledge about online marketing and social media to more than 10,000 subscribers. The newsletter is hosted by LinkedIn, the business/employment online service where he used persistence and entrepreneurial moxie sharpened at UC Merced to land the job he wanted.

But that job was just one step, a single stroke on a huge canvas that Ismael Verduzco III works on every day. He plans, learns, expands, gives back. It’s a long-range plan that informs a career that has gone from LinkedIn to social media magnet Snapchat to his current role: director of growth and marketing for Crave It, a startup foodies app that feeds on social buzz about local tastes and appetites. The CEO, Bomani Mintz, is a former LinkedIn co-worker.

On Dec. 19, Verduzco, 28, will give the alumni address at UC Merced’s online Fall Commencement ceremony. He will tell graduates how the small but growing campus was rife with opportunity for a young Los Angeles native when he arrived in fall 2010.

“I felt this energy of newness,” Verduzco said. “It was somewhere that I could do anything I want. That I could be anybody I wanted to be.”

Verduzco, like many fellow Bobcats a first-generation college student, earned a bachelor’s degree in Management. More important, he immersed himself in extracurricular activity, joining business fraternity Alpha Kappa Psi and linking up with the Campus Activities Board. He joined CAB as a freshman, grabbing coffee for upper-classmates and making Costco runs for student events. By his senior year in 2014, he was board director with a long resume of accomplishments. 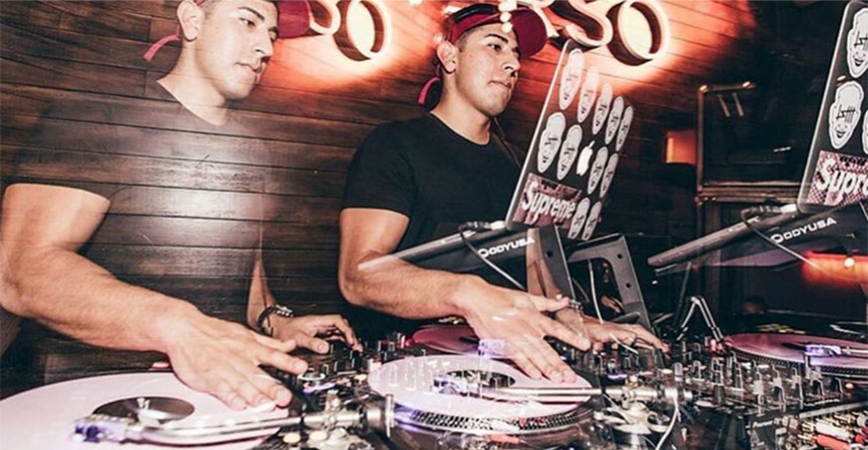 While he grew his marketing career, Verduzco would fly to cities like Seattle and Las Vegas to work weekends as a DJ.

He dreamed up and put on several annual events that CAB still does today. He created Cowchella, the university’s first music festival. He dreamed up a Halloween festival and dubbed it Treats N Beats. Many events were held in the Bowl – the campus’ southern expanse, now filled with buildings from the Merced 2020 construction project.

A university with less than 5,000 students -- as far from a commuter campus as one could imagine -- was an ideal crucible for Verduzco’s ambition. Remarkable, really, since he didn’t apply to UC Merced. Several other UCs were on his application wish list. None said yes. Then, as he prepared to act on acceptance from Cal Poly-Pomona, he received a letter. He had qualified for UC Merced’s Count Me In program, which guaranteed a place for him because he met certain criteria. He had to Google “Merced” to find out where it was.

A few months after graduating from UC Merced, he got through the door at LinkedIn in true Ish-like style. Rather than the usual route of being tapped by a recruiter, Verduzco talked his way into a job interview via the manager of a Kappa Alpha Psi brother who was contracting with LinkedIn. The interview led to a contract role in event coordination created just for him, and grew into a five-year run at LinkedIn

Meanwhile, Verduzco ramped up a side gig as a traveling music DJ. He would get off work Friday in San Francisco, hop a plane and fill a weekend of events in cities like Seattle, New York or Las Vegas. He played hip-hop, house music, reggaeton – whatever got people moving. And he always injected a Latino flavor into his sets.

All of this on about five hours of sleep. Nowadays, his meticulous schedule calls for seven and a half hours a night.

2:30 p.m.: Afternoon snack away from my workstation while listening to an audiobook

5:30 p.m.: Finish work, decompress, stretch (while listening to an audiobook)

Following roles as global project coordinator, global employer brand manager and social marketing lead at LinkedIn, Verduzco moved in 2019 to Snap Inc., home of Snapchat. There, he doubled down on one of his passions – providing support and opportunity for people from underrepresented communities. Working as a diversity partnerships lead, he created a strategy for Snap to hire from diverse talent pools. In September, he made the leap to Crave It.

Family ties are a strong influence in Verduzco’s life. He and his father, Ismael Verduzco Jr., were called “Big Ish” and “Little Ish.” Big Ish passed away when Verduzco was only 12. Today, Verduzco’s mother and stepfather, Anel and Cesar Borrayo, provide support, along with girlfriend Yessenia Alvarado, whom he met at UC Merced. They helped him focus on completing a huge side project. “How Successful People Get Ish Done,” a book published earlier this year, synthesizes hundreds of hours of research into a seven-step framework to help people from underrepresented backgrounds reach their goals.