By Brenda Ortiz, UC Merced
January 21, 2020
UC Merced alumna Sifei Liu, who earned a Ph.D. in Electrical Engineering and Computer Science in 2017, was selected to participate in Rising Stars in Electrical Engineering and Computer Sciences 2019. Rising Stars is an intensive workshop for women graduate students and post-doctoral scholars who are interested in pursuing academic careers in computer science, computer engineering and electrical engineering.
Rising Stars launched in 2012 and has been hosted at UC Berkeley, Carnegie Mellon University, MIT and Stanford University. In 2019, the University of Illinois at Urbana-Champaign hosted a workshop where 90 Rising Stars were recognized, the largest class of participants to date.
“This was an amazing workshop!” Liu said. “The workshop’s goal was to advise selected female researchers on pursuing faculty positions, which opened a door and let me know there will be more possibilities for the future.” 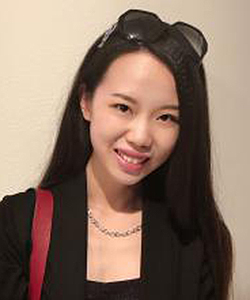 UC Merced EECS alumna Sifei Liu was selected to participate in Rising Stars in Electrical Engineering and Computer Sciences 2019.
Liu is a senior research scientist at NVIDIA Research, Learning and Perception (LPR) in Santa Clara. She conducts research on computer vision and machine learning to benefit the company's products and find advanced techniques.
She was nominated by her faculty advisor, UC Merced Professor Ming-Hsuan Yang, for her research excellence and potential to excel in an academic career.
During her graduate studies, Liu worked on “compressed face hallucination” with a focus on editing images via image-processing and optimization techniques. After her first publication on this topic, she moved on to “fancy face editing” and quickly learned that “face parsing” — the act of preserving facial structures — is the core to her tasks. However, she found few reliable methods, so she developed her own.
“I slightly shifted my focus to face parsing using deep learning and developed the state-of-the-art face parsing algorithm via a pairwise learning module — when deep learning was still only beginning to emerge in top conferences,” she said.
Liu earned an M.C.S. from the University of Science and Technology of China, Department of Electrical and Computer Engineering, and received a bachelor’s degree in control science from North China Electric Power University.
“I’m grateful for the knowledge that I gained from UC Merced,” she said. “I am also fortunate to maintain collaborations with current Ph.D. students at UC Merced.”