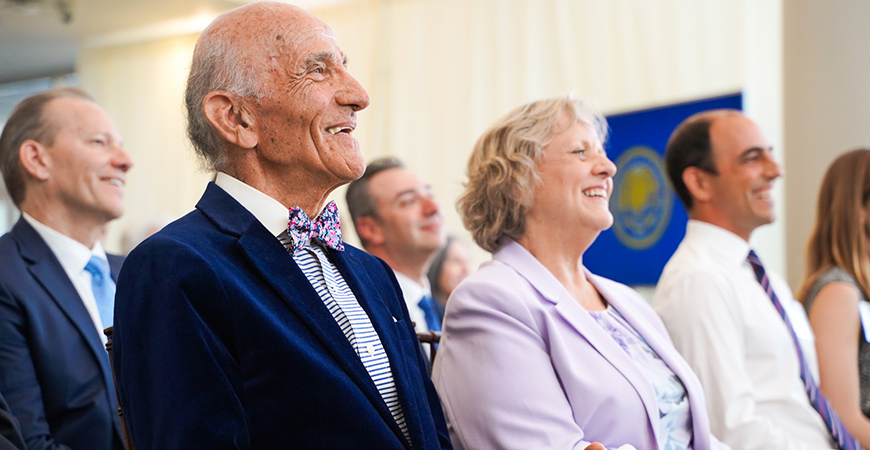 Dr. Art Kamangar and Calvin E. Bright have been invaluable in the development of UC Merced since before the campus opened its doors. To commemorate their philanthropy and outstanding service, this week they were awarded the prestigious Chancellor’s Medal, the highest honor for extraordinary accomplishment bestowed upon an individual by the university.

Kamangar and Bright, who were recognized at a meeting of the UC Merced Foundation Board of Trustees last week, join former First Lady Michelle Obama, Congressman John Garamendi and Yosemite National Park as a few of the recipients of the award.

Kamangar has been an advocate for UC Merced since its inception. A founding member and current executive officer of the UC Merced Foundation Board of Trustees, the retired orthopedic surgeon — he played a key role in improving artificial hip replacements — has been instrumental in helping to provide a research-based education to students from a historically underserved region. Kamangar also serves on the Merced Theatre Foundation Board of Directors and spearheaded a campaign to renovate the historic site, now known as the Art Kamangar Center at the Merced Theatre. The venue hosts UC Merced’s Fall Commencement, and last month, it hosted the UC Merced Children’s Opera thanks to Kamangar’s support.

“Dr. Art Kamangar’s unwavering support of UC Merced and the Merced community has been essential to the growth and success of the campus,” Chancellor Dorothy Leland said. “From his involvement before UC Merced opened to his graciousness in hosting some of our most important events, he has made a tremendous impact in developing the core values of our university.”

Kamangar established one of the first endowed chairs at UC Merced. The Kamangar Family Chair in Biological Sciences — established in 2001 — is geared toward life sciences, with an interest in biomedical sciences. Betsy Dumont, dean of the School of Natural Sciences, said this early contribution laid the foundation for the department.

“Having support from Art is so fundamentally a part of who the School of Natural Sciences is now,” Dumont said. “He’s a tradition, even at our young age. We have been able to provide his endowed chair to some really outstanding faculty, and it’s a real honor to them to receive it.”

Kamangar said seeing the impact Stanford University had on parts of the Bay Area and Silicon Valley has given him hope that UC Merced possesses tremendous potential to improve the lives of people in Merced and the Central Valley. He added that his willingness to provide support for UC Merced’s mission is part of a legacy he hopes to leave in the community — a legacy that began when he moved to Merced 30 years ago.

“Regardless of how much money you have, there will always be people who have more,” Kamangar said. “The thing that remains is helping people and leaving a good name while you are living this short life.” 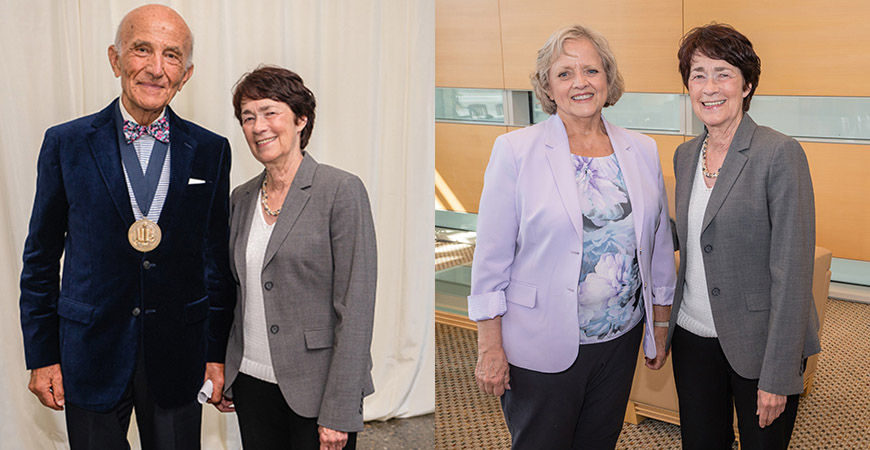 Kamangar and Bright join former First Lady Michelle Obama, Congressman John Garamendi and Yosemite National Park as a few of the recipients of the award.

Also a founding member of the UC Merced Foundation Board of Trustees, Calvin E. Bright is committed to improving the health and education of youth in the Valley. He has provided support to help students realize their full potential through the Calvin E. Bright Engineering Scholarship and the Calvin E. Bright Success Center — which thousands of UC Merced students pass through every year for various university resources.

“The Bright Success Center has been invaluable in helping students not only make it through their courses, but be prepared to succeed in their careers,” Leland said. “With a vast majority of our students coming from underrepresented backgrounds and in need of this support, Calvin E. Bright’s contribution to the university has been immeasurable.”

Bright designed and built housing and commercial projects throughout the Central Valley as president of Bright Development, and early in UC Merced’s development, he built a legacy by ensuring students receive the tools they needed to successfully navigate higher education. Vice Chancellor for Student Affairs Charles Nies said Bright’s desire to help students was apparent in conversations they had when they first met over a decade ago.

“It wasn’t about leaving a legacy or place that people would point to and say, ‘This is the Calvin E. Bright Success Center,’” Nies said. “It was more about the opportunity to advance shared values — helping students who have the will and the desire know that we believe in them and that they matter and can be successful at UC Merced. That has really shaped how the whole campus operates.”

Bright’s daughter Carol Bright Tougas received the Chancellor’s Medal on his behalf. She said her father’s journey as a first-generation college student and the struggles he encountered shaped his desire to help UC Merced students — 73 percent of whom are first-generation — transition smoothly into a university setting.

“My father is honored to receive such a prestigious award from a university that has meant so much to him since before it even opened its doors,” Bright Tougas said. “His life changed because someone offered him an opportunity to better his life through higher education and he wanted to help students like himself, who had a strong will to succeed, but needed a little extra support. My father wanted to provide the same opportunity to the hardworking students of UC Merced. He believed in them.” 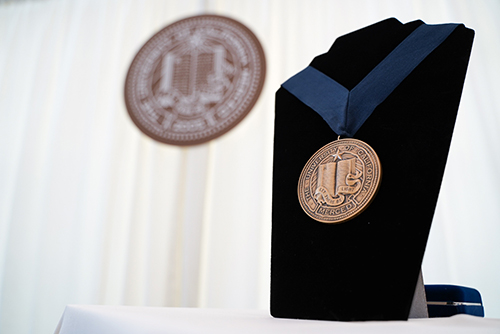 The Chancellor's Medal is the highest honor for extraordinary accomplishment an individual can receive from the university.

About the Chancellor’s Medal

The UC Merced Chancellor’s Medal was established in 2005 and is the highest honor for extraordinary accomplishment bestowed upon an individual by the university. The award is reserved for individuals who epitomize exemplary engagement, an unwavering commitment, and a transformative and lasting impact on UC Merced.

Past recipients of the honor are: