Professor Andy LiWang has accepted an appointment to the National Institutes of Health’s Macromolecular Structure and Function B (MSFB) Study Section Center for Scientific Review.

Over his four-year term, LiWang will be a member of the group that reviews grant applications submitted to the NIH, make recommendations on the applications to the appropriate NIH national advisory council or board and survey the status of research in their fields of science.

“These functions are of great value to medical and allied research in this country,” Center for Scientific Review Director Noni Byrnes wrote to Professor Anne Kelley, chair of the Department of Chemistry and Chemical Biology in the School of Natural Sciences. LiWang, who joined the campus in 2008, is a member of that department, as well as of the Health Sciences Research Institute. He studies the structural and biochemical basis of the rhythms of circadian clocks in cyanobacteria.

Study Section Center members are selected because they have demonstrated achievement in their scientific discipline through the quality of research accomplishments, publications in scientific journals, and other significant scientific activities, achievements and honors. Service on a study section also requires mature judgment and objectivity as well as the ability to work effectively in a group, qualities Byrnes said the NIH believes LiWang will bring to his position on MSFB.

The membership represents a major commitment of time, because LiWang will spend five to six hours reviewing about 10 grant applications before each of three study section meetings each year. The meetings typically take place in the Washington, D.C., area. For each application, he will also need to provide a detailed written critique.

“After the NIH nominated me for this position, my qualifications were subjected to peer review,” LiWang said. “The appointment is quite an honor because it indicates that the NIH and scientific community trust my scientific insightfulness and ethics to make critical funding decisions at the national level.” 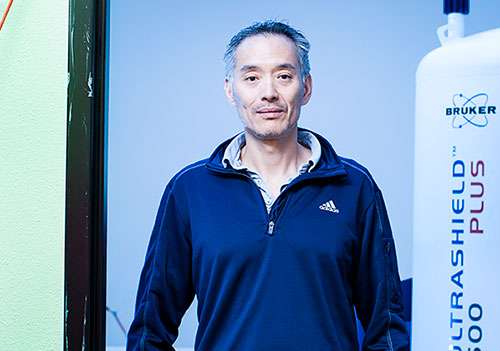 President Joe Biden has nominated UC Merced Professor Asmeret Asefaw Berhe to be the new director of the Office of Science in the federal Department of...

The University of California is launching a new center just in time for Earth Day: the Center for Climate Justice. Led by Management of Complex Systems...