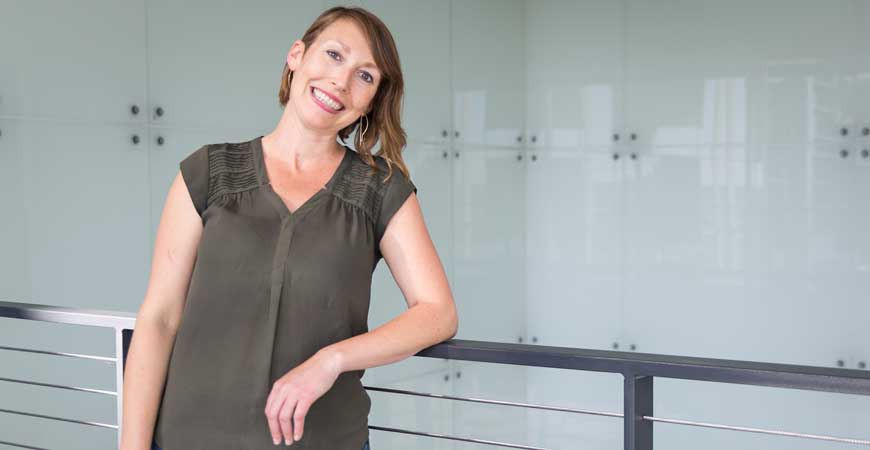 Five of the Merced Sun-Star’s 2018 “20 Under 40” — who will be honored Oct. 3 at the Merced Multicultural Arts Center — are affiliated with UC Merced, including Professor Anna Beaudin in the School of Natural Sciences.

The Merced Sun-Star announced its 20 Under 40 honorees in 2018 and for the second consecutive year, numerous UC Merced alumni, staff and faculty members were chosen for their efforts to make the community a great place to live, work and learn.

This year’s 20 Under 40 recipients who have ties to UC Merced include a faculty member who studies the role stem cells play in developing the human immune system; a research scientist who developed a volunteer program at a south Merced elementary school to encourage students to consider going to college; and an alumnus who chose to move back to Merced after he graduated and is now a member of several civic leadership groups.

The Sun-Star will honor this year’s 20 Under 40 award winners at a public reception at 6 p.m. Oct. 3 at the Merced Multicultural Arts Center, 645 W. Main St. Tickets cost $25 and can be purchased online.

“We’re extremely proud that our campus community members continue to be recognized and honored for their volunteerism, service and leadership,” said Vice Chancellor Ed Klotzbier, chief external relations officer. “Our students, faculty and staff care deeply about the community and their efforts continue to have a positive impact.”

Sun-Star Editor Joe Kieta said this year’s honorees “are a diverse group of up-and-comers who are poised to play key roles as the community charts its future – a future they will likely lead.”

The 20 Under 40 program highlights the Merced area’s best and brightest emerging leaders. The Sun-Star sought nominations from the public, which were reviewed by a panel of local leaders who selected the final honorees based on who exhibited commitment and dedication to give back to the community.

Here’s a quick look at the 2018 UC Merced award winners:

“We’re extremely proud that our campus community members continue to be recognized and honored for their volunteerism, service and leadership. Our students, faculty and staff care deeply about the community and their efforts continue to have a positive impact.”

Professor Anna Beaudin — a developmental biologist in the School of Natural Sciences and a Health Sciences Research Institute affiliate, Beaudin studies stem cells during fetal development and how they comprise the human immune system. In June, she was named a 2018 Pew Biomedical Scholar , an honor that includes some of the world’s most distinguished scientists, Nobel Laureates and Lasker Award winners. 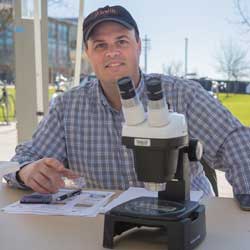 David Gravano — alumnus Gravano of Fresno works is an assistant project scientist at UC Merced. While earning his Ph.D. in immunology and serving as Graduate Students Association’s community outreach officer, he created the Scientists of Tomorrow Educational Partnership (STEP), a program that encourages young Mercedians to attend college. The program placed more than two dozen graduate students at Farmdale Elementary School where they volunteered twice a week to teach science to 100 children. 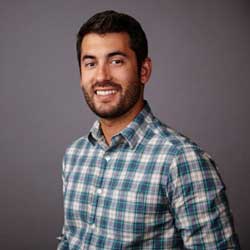 Aaron Lee Hill — a Bay Area native, Hill proudly describes himself as a Merced transplant. A member of UC Merced’s founding Class of 2009, Hill and his wife, Sara, moved back to Merced from San Francisco in 2016 and have become active and engaged community members. Hill participated in the 2017-18 Leadership Merced program and is facilitating this year's class. He is also on the boards of the Merced Chamber of Commerce and the Community Foundation of Merced County. He works remotely from home for Microsoft as a partner alliance manager. 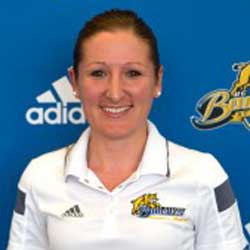 Sarah Hopkins-Chery — hired as head coach of UC Merced’s women’s basketball team in 2015, Hopkins-Chery makes good moves on and off the court. She’s guided the team to two NAIA II tournaments since 2015 but her passion involves helping young people develop academic, life and athletic skills. She’s also gotten the team involved in several public service projects in Merced, including participating in Merced’s annual Walk to End Alzheimer’s fall event and by hosting numerous sports camps for youth and high school athletes. In 2013, Hopkins-Chery won the Promising Young Professional Award from her alma mater, Park University, and for the past 12 years, she has volunteered with NativeVision, a youth enrichment and empowerment program for Native American children. 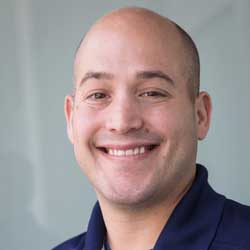 Steve Lerer — by day, Lerer is the associate director of UC Merced’s Office of Leadership, Service and Career. But during the past year, he has also served as commissioner and vice chair of Merced’s Bicycle Advisory Commission, an advisory board for the city council on matters related to improving conditions for cyclists and promoting bicycling as a means of transportation. He led a subcommittee that proposed revising the city’s bicycle code to modernize how residents register their bikes and to eliminate an annual fee. The city council approved the revision in August. As a member of the 2017-18 Leadership Merced program, Lerer wanted to learn more about the community and how he could give back as an engaged citizen. For the past two years, he has also volunteered with Merced High School’s Leadership Council through the city’s Parks and Recreation department to provide leadership development training for students.