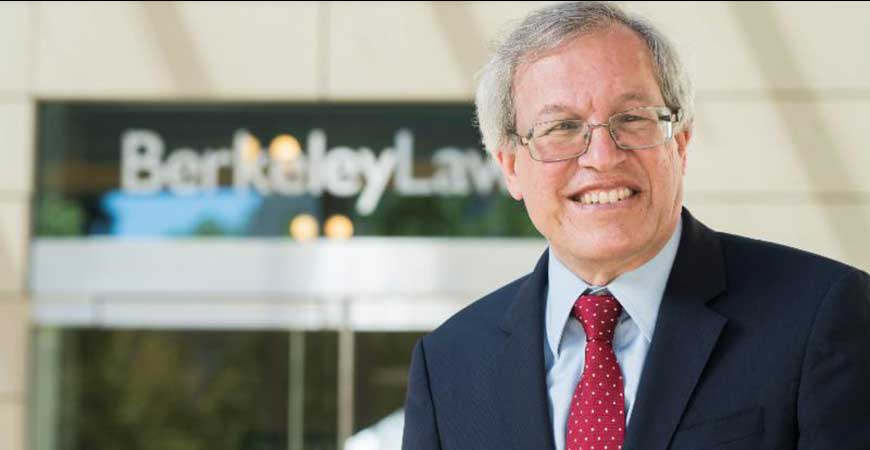 Dean of Berkeley Law Erwin Chemerinsky will speak Tuesday as part of the Chancellor's Dialogue on Diversity and Interdisciplinarity.

When does freedom of speech cross the line and become hate speech? What’s considered protected speech? And, how do universities strike the delicate balance between allowing individuals or groups the right to free speech while protecting those who may be harmed or offended by that speech or the way it is expressed?

These are some of the complex issues that will be discussed Tuesday, Feb. 13, in the Chancellor’s Dialogue on Diversity and Interdisciplinarity speaker series.

Dean of Berkeley Law Erwin Chemerinsky will join a diverse panel of students for a talk entitled “Free Speech on Campus – How Free Is It?” Sociology Professor Nella Van Dyke, whose research focuses on social movements and hate crimes, will moderate the one-hour discussion. The event starts at 4:30 p.m. in Room 110 of Classroom and Office Building 2. A reception will follow in Room 390. Space is limited, so attendees are encouraged to RSVP.

Chemerinsky, one of the nation’s leading experts on the First Amendment and free speech, has written 10 books. His 2017 book, “Free Speech on Campus,” was co-written with UC Irvine Chancellor Howard Gillman.

The lecture comes at a time when universities are struggling to preserve academic freedom and freedom of speech while protecting marginalized populations from hurtful and intimidating language and actions.

Where is the line is between free speech and hate speech, and what can universities do to help of all of their members live, learn and work in an inclusive and respectful community?

Chancellor Dorothy Leland, in a recent message to the campus community, said: “We are obligated to stand up against hate and to resist it in whatever form it presents itself. But as a public university, we must also uphold the First Amendment to the Constitution — which prohibits government entities from regulating expression on a vast variety of matters.”

“Words, both written and spoken, can be very hurtful and scary,” Acker said. “Where is the line is between free speech and hate speech, and what can universities do to help of all of their members live, learn and work in an inclusive and respectful community?”

The Chancellor’s Dialogue series brings leading scholars to campus to discuss pressing issues confronting higher education today, explicitly linking our core values, such as our Principles of Community, through a series of conversations and public lectures.

When the UC Merced Library acquired the Ernest Lowe collection of photographs last year, along with it came intimate portraits of labor leader,...