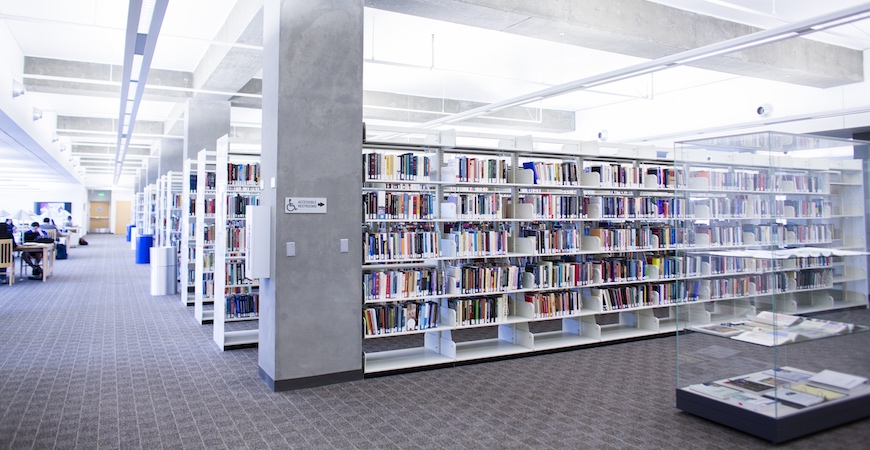 UC Merced has expressed an interest in exploring and promoting open access publishing.

Open access is a publishing model premised on the idea that scholarly research should be freely accessible to anyone with internet access. UC Merced has staked its claim as a member of the open access vanguard, as one of just five of American universities to have signed on to the OA2020 Expression of Interest.

First proposed in 2015 at the 12th Berlin Open Access conference, OA2020 is an international initiative that seeks to overturn the subscription-based approach now ascendant in academic publishing and replace it with an open access (OA) model, bringing about free and unrestricted access to academic research.

Under the subscription approach, nearly 85 percent of scholarly articles are locked away behind pricey paywalls. Access is limited to individuals and organizations who are able to pay steep journal subscription or one-time use fees. Universities and other institutions currently spend around $10 billion each year on journal subscriptions.

The high cost of access is especially acute in science, technology, engineering and mathematics (STEM) disciplines, and it’s having an adverse effect on other fields.

“Academic libraries have struggled with the cost of journals in STEM fields,” Deputy University Librarian Donald Barclay said. “Prices keep going up, and it’s really eaten into the library’s budget. Scholarly books, especially in the humanities, are becoming an endangered species.”

Many librarians and academics were once convinced that the internet would change things. The assumption was that the switch from print to digital would greatly reduce publishers' costs to produce and distribute journals. But this vision has yet to be realized, and scholarly publishing is proving more lucrative than ever.

“In recent years the profit margins of the largest for-profit scholarly publishers have been around 35 percent or higher,” UC Berkeley University Librarian Jeffrey MacKie-Mason wrote in 2016.

And according to Barclay, there’s been a continuous trend towards ever more expensive journals for some 30 years, with the cost of subscriptions reliably increasing by 7 percent each year, even in the digital age.

Academic libraries haves struggled with the cost of journals in STEM fields.

OA seeks to change this by replacing the subscription-based approach with transparent, sustainable funding models that ensure research is freely accessible and reusable by all.

“The goal of OA2020 is to get everyone to stop paying for journal subscriptions and take that money and use it to fund other, more sustainable business models.” Barclay said.

Plus, there’s a potential payoff for the humanities. An open access approach could mean that more money would be available to pay for the humanities books and journals that are currently suffering under the STEM-focused subscription approach.

But OA is not without its critics. Not all librarians and scholars are convinced that OA is the panacea that some supporters make it out to be. Plus there are multiple OA models, some of which could unduly burden the budgets of larger or more productive universities.

American institutions seem particularly reluctant to transition to OA, with only five of the 92 institutions that signed on to the OA2020 Expression of Interest (as of Oct. 24) located in the U.S. All five, in fact, are in California and four are UCs.

“OA2020 is a controversial idea among librarians and scholars, making UC Merced among the first U.S. institutions to express interest in the initiative,” Barclay said.

But it’s an idea that UC Merced wants to explore. And many think it’s not just a matter of access, but an obligation to the public, whose tax dollars fund much of the academic research that current publishing models deny them access to.

“From the public’s point of view, it’s a question of fairness,” Barclay said. “Research is supported by tax dollars, but then we have to pay to get the research back in published form.”