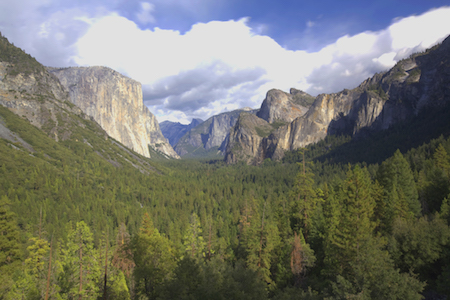 What if nature were to become a polluter, discharging millions of tons of planet-warming carbon into the atmosphere in much the same way as diesel-fueled trucks or coal-fired power plants?

This nature-as-polluter scenario might seem far-fetched, but it’s well on its way to becoming reality, according to a recent study co-authored by UC Merced Professor LeRoy Westerling.

In a paper published recently in Scientific Reports — “Potential decline in carbon carrying capacity under projected climate-wildfire interactions in the Sierra Nevada” — Westerling and collaborators from the University of New Mexico and Penn State University used three climate models and data from the Intergovernmental Panel on Climate Change to examine how rising global temperatures and increasingly severe wildfires will affect Sierra Nevada forests.

“Forests play an important part in regulating the levels of atmospheric carbon,” Westerling explained. “Forests are carbon sinks, essentially giant stockpiles of carbon. Forests are also active carbon consumers. They remove carbon dioxide from the air and convert it into biomass. This traps the carbon, which is no longer free to act as a greenhouse gas in Earth’s atmosphere.” 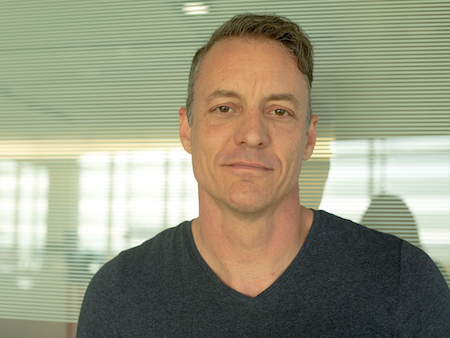 But projections from Westerling and colleagues suggest that this may change. According to their models, Sierra Nevada forests will experience both a dramatic loss of stored carbon and a substantial decline in their ability to remove CO2 from the atmosphere.

Rising temperatures are creating a warmer, drier Sierra Nevada climate. Westerling previously showed that these changes are leading to dramatic increases in the frequency, size and duration of wildfires. The new study suggests that these same changes will make it harder for forests to regenerate, leading to a loss of forest density, with plants better suited to the new climate eventually replacing trees.

“As trees are displaced, the Sierra Nevada will lose its ability to sequester carbon,” Westerling explained. “The plants that spring up in their place will be significantly smaller, making them less effective carbon sinks than the trees they replaced.”

But the carbon stored in forest trees has to go somewhere.

As trees are burned in more frequent wildfires, and as dead trees undergo decomposition, Westerling and his colleagues predict that as much as 73 percent of the carbon in Sierra Nevada forests will be released, resulting in a dramatic spike in atmospheric carbon. This will transform the Sierra Nevada from a carbon sink into a carbon emitter, making the nature-as-polluter scenario a reality.

Westerling and his collaborators note that their predictions are actually conservative. The effects might be more extreme than their models suggest.

“Our study does not account for a number of factors that might influence the dynamics of forest carbon,” Westerling said. “However, the factors we ignored are likely to accelerate the loss of forest. Our predictions likely underestimate the severity of actual effects.”

Though the predictions are alarming, the authors remain optimistic, hopeful that their findings can contribute to a larger conversation about environmental policy and promote avenues of research that lead to sustainable forest management.

Reforesting After Wildfires: Which Trees Are Most Likely to Thrive?

Wildfire seasons are intensifying because of climate change. That means reforestation efforts will increase, making it important for scientists and...