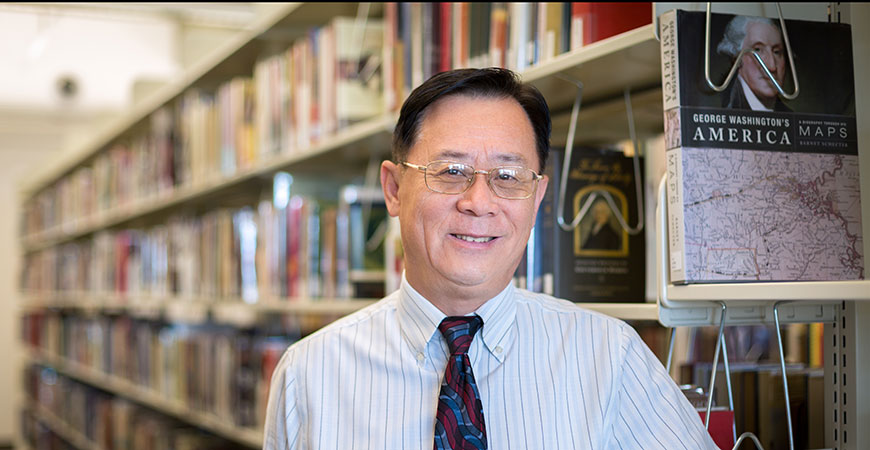 The annual honor recognizes an individual or group for outstanding contributions in promoting equality in the library profession.

“Throughout his career, Mr. Li has championed equality within the profession, to library users and on a global level,” the 2017 Equality Award jury said.

The jury highlighted Li’s work as co-chair of the second National Joint Conference of Librarians of Color (JCLC) and his past presidency of the Chinese American Librarians Association (CALA). Members also noted his leadership in global initiatives such as the U.S.-China library collaboration program, “Think Globally, Act Globally.”

A nominator said of Li: “I have seen his engagement and passion for opening the world of libraries and librarianship to people from diverse backgrounds, through his ‘day jobs’ as well as his activities at national and international professional activities. In addition, his research, writings and presentations have focused frequently on equity, diversity and inclusion.”

Li, whose tenure at UC Merced as university librarian began in June 2015, said he is honored to receive the ALA’s prestigious award, which comes with a framed citation of achievement and $1,000. The ALA is the world’s largest library association.

“It is a real honor to be selected as the ALA’s 2017 Equality Award recipient, and I am grateful for the recognition,” Li said. “I am pleased to be in a position to make contributions around issues of diversity and equality, which are important to my profession but also to society at large. I find these issues to be of the utmost importance, especially here at UC Merced where we are one of the most diverse campuses in the nation.”