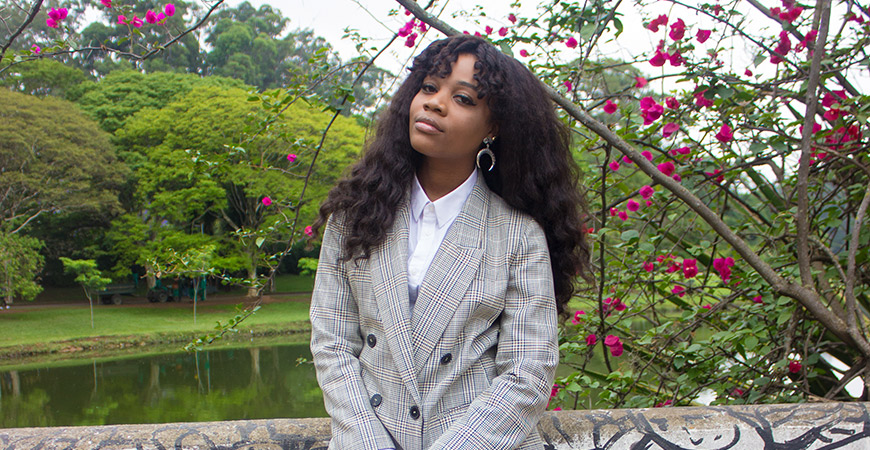 Shavone Charles' interest in technology started during a summer internship with Google, where she served as a student ambassador liaison between the technology company and UC Merced students.

It’s been five years since Shavone Charles walked across the stage at commencement. On Saturday (Dec. 16), she will return as UC Merced’s first alumni keynote speaker at Fall Commencement.

Charles graduated with a bachelor’s degree in literature. During her time on campus, she served as a peer mentor, helped organize the first Afrikan Black Coalition conference, wrote for the student newspaper and completed internships at Google, Twitter, BET Networks and the UCDC program, to name a few.

After graduation, Charles took a job with Twitter and led the company’s global music and culture communications from its San Francisco headquarters. She was the youngest team member and the first African-American woman to be hired onto the communications team. While there, she helped found Blackbird — Twitter’s first employee resource group for African-American employees.

The San Diego native is passionate about working with at-risk youth and providing a support system for young women of color across industries.

In a recent interview, Charles shared insights into her promising career and what she enjoyed most about her time at UC Merced. 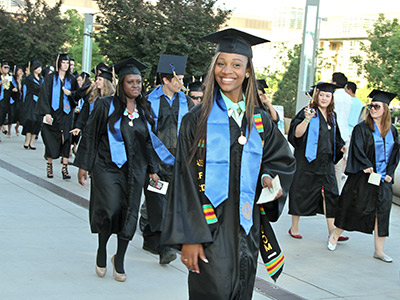 Charles was active in many clubs and organizations and earned a bachelor's degree in literature in 2012.

Tell us about what you are doing now.

I’m currently Instagram’s head of global music and youth cultural communications. I focus on highlighting stories that reinforce Instagram’s impact in music and culture. Media relations is a huge part of my day-to-day job. As a spokesperson for Instagram, I proactively spotlight the brand and its role in the music and media industries.

What led you to your current position?

My transition to Instagram was seamless because I am super passionate about visual storytelling and how people express themselves online.

When I started full-time at Twitter in 2012, I was doing a lot of the work that I do now at Instagram. I essentially created my role at Twitter by leaning into my niche skill sets tied to data analysis and data storytelling, and my experience in the music and tech industries. While at Twitter, I worked on music partnerships collaborating with some of the world’s most influential artists on creative campaigns, and also led all of the company’s media relations around music and culture. My role also heavily focused on highlighting Twitter’s momentum with new product iterations, including the acquisition and launch of Vine, Periscope, the first-ever SoundCloud audio card, video and more.

What impact have co-curricular experiences at UC Merced made on your educational and professional journeys?

From day one, being involved on campus was instrumental in helping me further develop a passion for community, as well as develop leadership skills that would help set me up for long-term success.

UC Merced’s leadership opportunities provided me the environment and opportunity to lean into creative planning and client relations, and taught me the art of partnership and business relations.

When I was a reporter with the student newspaper, I got the chance to attend a journalism conference in New York and that sold me on the fact that I wanted to work in a creative industry that involved media. I was already interested in that area, but UC Merced allowed me to experience New York and get exposure to new people and environments.

In what ways did your time at UC Merced prepare you for your career/future?

The relationships I developed with professors were important. When I needed help, wanted to brainstorm an idea, or get some support around my classes, there was always someone there to talk to and help me.

During my internship in Washington, D.C., I completed an independent study with literature Professor Nigel Hatton. With his guidance, I was able to build my own curriculum alongside one of the most-talented professors in the world. Having an opportunity to do that with such an amazingly renowned professor was a chance in a lifetime. I read so many books around black feminist literature from the world’s most inspiring women of color. That independent coursework changed my life and I continue to revisit those works. It shaped me into who I am today and influenced how I show up in spaces as a woman of color.

What is the best piece of career advice you have ever received?

Vice-President and Associate General Counsel at BET Networks Brian Broughton gave me some great advice during my internship. I asked him how I could make a good impression and work toward being successful in my career, long term. He said you have to be able to show up in ways other people won’t. He said that I worked twice as hard as everyone else because he saw me coming in early and leaving late, even though I wasn’t being paid. I took that as you’ve got to be willing to make sacrifices for what you want. You have to be proactive in what you want for your success. Don’t wait for opportunities to just “happen” to you — stay intentional.

What’s your favorite spot on campus and why?

The fourth floor of library was the place I could go for peace and time to reflect. I could look out the window, see the empty fields and dig into my writing.

While at UC Merced, I had a fear of missing out from time to time, naturally from going to a university that was new. When I look back at my time at UC Merced, I wish I could go back to how at peace I was on campus, before real adulthood! It was a time in my life that I had time to dig into my favorite books and focus on my education and staying creative. I definitely cherish those moments.

My biggest challenge has been overcoming self-doubt and having faith in my abilities and the course I’m on. Time and again, I have to find strength in my ability to decide to show up, especially as a person of color who is constantly in spaces that don’t have many people who look like me.  It is easy to feel alienated, like you aren’t supposed to be there. You have to combat that by saying, “No, I am going to show up to walk in my truth and break through this ceiling.”

It’s also an ongoing realization that I have to stay honest with myself about. Self-care and finding strength in my surrounding communities are a big part of how I’ve coped with that. It is leaning into the realization that I deserve to be here, right along with everyone else.

Why did you choose UC Merced?

I came to UC Merced after spending a week touring other colleges in California and I feel like the campus chose me. As part of these college visits with my high school’s program, we journaled and reflected on how we felt during campus visit.

When I talked with some of the faculty members and checked out the dorm rooms at UC Merced, it felt like a community I could be a part of and add to. It felt like the campus was shaping up into something that would be amazing, and I wanted to be a part of it. I wanted to go where I could have great connections with my professors and peers. I wanted to spend time with the faculty there and truly gain as much as I could from my education. I knew that meant taking an unorthodox approach.

The caliber of the campus, even in its early days, sold me on starting something new and trailblazing a new path that would have long-term impact.