Wildfire Increasing in the West Because of Climate Change, Research Shows

By Lorena Anderson, University Communications
May 25, 2016 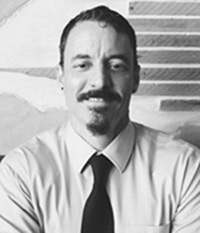 The number, size and duration of large mountain forest fires in the Western United States has increased dramatically in the past 40 years, according to research from UC Merced Professor LeRoy Westerling.

Warming temperatures and the earlier onset of spring and the spring snowmelt — the results of climate change — are the primary culprits.

In “Increasing Western U.S. Wildfire Activity: Sensitivity to Changes in the Timing of Spring,” published this week in the journal Philosophical Transactions of the Royal Society B and in an op-ed in The Conversation, Westerling updates his research quantifying the changes in the West’s fire seasons.

“While our management of the landscape can influence wildfire in many different ways, it is a warming climate that is drying out western U.S. forests and leading to more, larger wildfires and a longer wildfire season,” Westerling wrote. “Projecting forward, it’s just going to get warmer and dryer, so this isn’t going to change.”

Westerling, who is with UC Merced’s School of Engineering looked at federally managed forests in the Sierra Nevada, Southwest, Pacific Northwest, and northern and southern Rockies. Over the decade through 2012, large fires (fires greater than 1,000 acres or 400 hectares) were 556 percent more frequent than in the 1970s and early 1980s. And the areas affected increased even more dramatically: The forest area burned in large fires between 2003 and 2012 was more than 1,200 percent greater than in the period between 1973 and 1982.

Some forests, like those in the Rockies and the Pacific Northwest have experienced greater changes because they are more sensitive to climate change.

The area burned in the Northern Rockies has increased by 3,000 percent, accounting for half of the increase in the western U.S. in the past decade, Westerling said. The area of burned forest in the Southwest increased over 1,200 percent, and in the Northwest by nearly 5,000 percent.

“The only forest area where we could not robustly detect an increase in large fires and burned area was in coastal Southern California. There, the largest fires are human-ignited, take place in the fall (driven by Santa Ana winds) and burn primarily in chaparral or shrubland,” he wrote. “The small number of forest fires in Southern California, combined with high variability from year to year, meant we could not detect trends there, nor attribute them to specific causes.”

Fire suppression efforts in the Sierra Nevada over the past century have changed the forest density and structure. Changes in fuels, compounded by climate change, leave the area more vulnerable to severe fires. The Sierra have faced significant increases in the number of large fires, area burned and the length of the fire season — but not as dramatic as the changes in cooler forests, where snow used to be on the ground longer.

“The links between temperature, snowpack and forest fires that Professor Westerling reports have important implications for mountain runoff, downstream water supplies and other benefits derived from these mountain forests,” said Professor Roger Bales, a hydrologist and the director of the Sierra Nevada Research Institute. “It’s critical that we understand the changes and take positive action to mitigate them.”

What those actions are depends on the forests themselves.

“Not all forests are the same, and they don’t all react to changes in the same way,” Westerling said. “That means their risks from climate change cannot be addressed in the same way, as well.”

Westerling, who started studying the increase about 15 years ago with colleagues, said he can now see the same increases in non-forest areas in the West, too, such as grasslands and shrublands at lower elevations.

“Those areas haven’t been as sensitive to temperature changes, so it was harder to detect the changes in fire seasons and pin them down, but now the changes are showing up,” he said.

The report also points out that fire season — defined as the time elapsed between the first large fire ignition and last large fire control — went from 138 days in the 1970s to 222 days in the past decade, for an increase of 84 days.

“Regionally, fire has increased without letup for the past four decades,” Westerling said. “This is primarily due to climate change.”

Lillie Pennington has been awarded a Ford Foundation Dissertation Fellowship by the National Academies of Sciences, Engineering and Medicine for the...