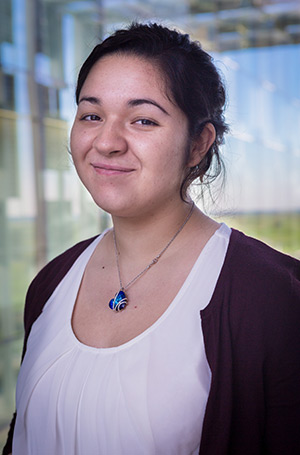 Three of UC Merced’s student sustainability stars will share ideas about the future and network with international students and dignitaries at the upcoming session of Clinton Global Initiative University (CGI U).

Hoaithi Dang, Adriana Gomez and Gabriel Morabe are three of 1,000 college students selected from around the globe to take part in a weekend filled with seminars and innovation sessions at UC Berkeley in April, hosted by former President Bill Clinton.

The former president launched CGI U in 2007 to engage the next generation of leaders on college campuses around the world.

Each year, CGI U hosts a meeting where students, university representatives, topic experts and celebrities come together to discuss and develop innovative solutions to pressing global challenges.

Students create their own Commitments to Action that address issues on campus, in local communities or around the world. About $2 million in seed money supports the more than 5,500 student commitments made since 2008.

The students are also involved with two of UC President Janet Napolitano’s sustainability initiatives. Morabe and Gomez are in their second year as UC Merced’s Carbon Neutrality Fellows, and Dang is in his second year as the campus’s Global Food Initiative fellow. 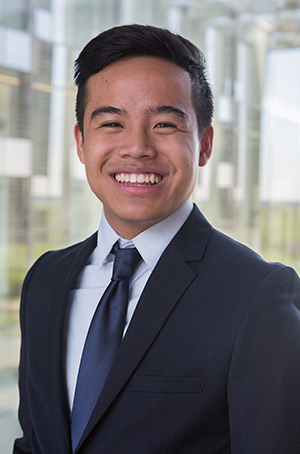 They won admission to CGI U after submitting a lengthy proposal for a project called “Empowering Sustainability Stewardship.”

“CGI U is about students coming up with innovative solutions to better the world,” Dang said. “We want to leverage our knowledge to inspire the next generation to become sustainability leaders. To inspire is the greatest gift one person can give to another.”

While the San Joaquin Valley region has always been dependent on climate for its survival, and climate sustainability is important not just in California but everywhere, Gomez said, Empowering Sustainability Stewardship is about all kinds of sustainability, from food and natural resources to social justice and intellectual resources.

“We hope to inspire a new generation of engaged and environmentally literate leaders,” the students wrote in their proposal. “We believe that youth leaders can create a domino effect of positive social change for a better world.”

By working with the Merced County Office of Education and creating a network of college-student mentors, the students hope to help address some of the Valley’s educational issues. They want to inspire younger students to pursue studies in science, technology, engineering and math; to take part in higher education; to increase their environmental literacy; to think about how they can give back to their community; and to find ways to create a more sustainable future.

While their basic proposal does not require funding, Dang, Morabe and Gomez want to create engaging, interactive science kits for schoolchildren and develop hands-on activities that will spark imaginations. They will find out before the April CGI U conference if their proposal has won any seed money, and said networking with people at the event could lead to more funds. 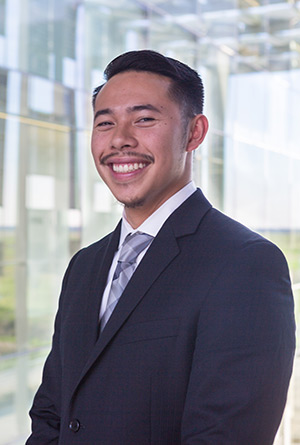 “This is a well-deserved opportunity for three students who have demonstrated strong sustainability leadership skills,” campus Sustainability Director Colleen McCormick said. “I know they will use this opportunity to its fullest extent as a means to catapult their ideas and project. These three have a bright future ahead of them and will definitely make a difference in this world.”

CGI U sessions include panel discussions, networking events and workshops, and focus on topics ranging from health care to urban planning.

Gomez said she is looking forward to meeting other participants. Many of the students who will take part are already connecting via social media, getting to know each other and building up the excitement.

“Some of these students have already formed their own nonprofits,” Morabe said. “They are really amazing, and I hope to learn from all the like-minded individuals so I can then help mentor students in the Merced community.”

Just as with the Empowering Sustainability Stewardship program, Gomez, Morabe and Dang said they are excited about the opportunity build networks and alliances.

“Networking creates opportunities, and we like the idea that we can be the people creating opportunities,” Gomez said. “It’s all about making things last for the future.”

When you add UC Merced students majoring in math and science with a mentor teacher it equals real-life experience teaching in local schools. That...