Study Shows How Plants Could Adapt to Changing Climate 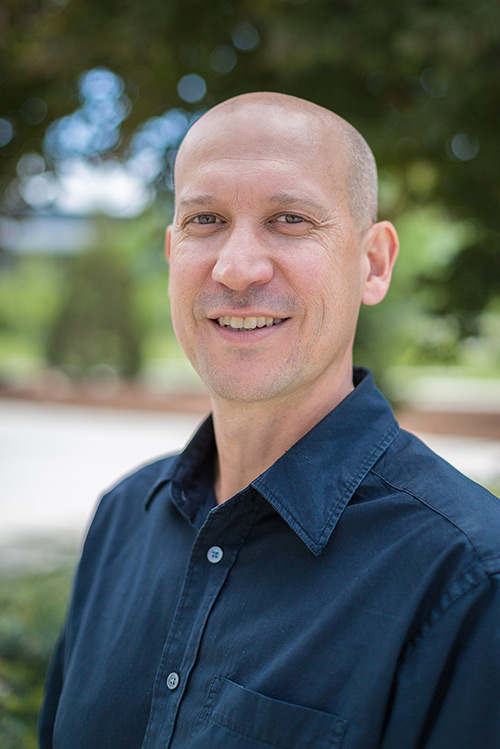 If you want to understand how plant populations will respond as the climate changes, just examine the plants in different locations.

That’s one of the conclusions drawn by UC Merced School of Natural Sciences Professor Jason Sexton in a new paper that’s part of a special issue of the American Journal of Botany exploring the evolution of plants.

Written by Sexton and graduate student Erin Dickman, “What Can Local and Geographic Population Limits Tell Us about Distributions?” looks at different populations of monkey flowers in the Sierra Nevada and compares them with populations in different locations with different climates.

“If you have the same species in two climates, each will likely have adapted to its climate, and each will be quite different, genetically,” Sexton said.

So if you want to see what a monkey flower population might look like in 50 years, you could study one now living in a markedly warmer climate, as scientists predict the Earth will be by the end of this century.

Understanding the evolutionary and ecological factors that determine plant distributions could help improve climate-change modeling, but it could also help researchers and resource managers keep plant species from going extinct as the climate changes.

“How fast species can adapt depends on variations in their genes, and how varied the genes are depends on how broad the populations are, and how connected they are to each other,” Sexton said. “Having a wide distribution will help species survive.”

Sexton said that he and Dickman tested monkey flowers at different elevations to see if they could survive in different areas. They transferred seeds across different growing ranges and outside their growing areas, but into habitats that looked the same.

In some cases, the delicate monkey flower couldn’t live even 15 meters from where it was originally growing.

However, the plants that had been living at an elevation of 3,000 feet could reproduce — though not thrive — when living at 11,000 feet, which could indicate they can adjust to a cooler climate.

“We’re experimenting with gene flow to see if that will help them,” Sexton said. “You can expect that plants are under harsh stress when they are outside their normal growing range, and it turns out it is not random where they grow. It’s strongly dictated by natural selection.”

Under controlled circumstances, Sexton will see if sharing genes via pollen between different populations of monkey flower will allow range expansions.

The experiments apply to all plants, he said, including crop plants.

Though scientists across the globe are working to figure out how we and the other living things we depend on can survive the coming changes, having a better understanding of plant evolution will be especially important in California, where much of the country’s produce is grown.

California is also a state with more than 2,000 species of unique flora — the most of any state in the country. Montana, the state with the next largest land area, has fewer than 20 unique plant species.