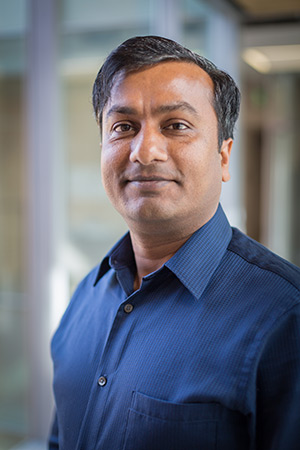 Shakespeare might have been right when he wrote “what’s past is prologue,” but not when it comes to modeling climate change.

A new study shows that rising air temperatures could have a crippling effect on the likelihood of precipitation falling as snow.

That’s a huge problem for California, because the snowpack in the Sierra is the state’s natural reservoir, storing up snow in the winter for release through spring and summer melt.

His work with research colleagues indicates that history can only really be applied to the near-term projections, perhaps through about the 2040s.

“If you take the average snowfall likelihood from 10 warmest years of the past century, it’s equivalent to 1.8 degrees of warming, which is predicted by the 2040s,” Safeeq said. “However, that is very far from what scientists have predicted we will actually experience — more than 3 degrees by the 2080s.

“By the 2080s, the snowfall likelihoods are projected to be worse than the worst we’ve seen in the past century.”

The results of the study, detailed in the paper “Influence of Winter Season Climate Variability on Snow–Precipitation Ratio in the Western United States,” were recently published in the Royal Meteorological Society’s International Journal of Climatology. The study involves scientists from the University of California, Oregon State University and the U.S. Forest Service, and was supported by all three organizations.

What makes this study unique and relevant, the authors said, is putting future projections in the context of historical variability, and showing how the regional sensitivities and changes in snowfall likelihood vary across the western U.S.

“We find that the phase of precipitation (i.e., rain or snow) in the Sierra Nevada is most sensitive to temperature, compared to other regions of the western U.S.,” Safeeq said. “Fortunately, over the past century, the likelihood of snowfall in the Sierra Nevada has not yet seen as much change as in places like Colorado. However, this might all change as temperatures continue to rise.”

The researchers estimate that by the 2040s, the Sierra will see 50 percent less snow in places where there is typically more snow than rain right now. By the 2080s, that could increase to a 65 percent reduction, Safeeq said.

“We would basically only be getting snow at the highest elevations,” he said.

According to the state’s Sierra Nevada Conservancy, more than 60 percent of California’s developed water supply originates in the Sierra, including up to 50 percent of the flow into the Sacramento-San Joaquin Delta.

That’s the hub of the state’s water system, providing water to more than 25 million Californians and 3 million acres of agricultural land.

Besides the direct effects of having less water stored in the mountains, there are other effects of warming at higher elevations. Warmer temperatures means more plant growth — and more plants using the water that would typically run off from those areas.

More plant growth in the spring means more dry fuel for fires in the summer, too.

A decline in snowfall would alter the natural flow of water, and affect all associated ecosystems and habitats.

Safeeq, an affiliate of the Sierra Nevada Research Institute, said the next goal is to study how the change in snowfall likelihood affects different ecosystems and how it will affect future droughts.

But perhaps the biggest unknown is how we move ahead into a warmer future.

“We have to find ways to manage our headwaters sustainably and promote a culture of water conservation, as well,” Safeeq said. “Just because it rains, we can’t relax. No matter how much rain we get in the winter, we’re not going to have the same amount of water in the summers as we did when we had more snow.”