It’s not just luck or practice that gets Sherpa mountaineers up the slopes of Mt. Everest each year.

Functioning so well at extreme elevations is in the Sherpa and Tibetan DNA — literally. 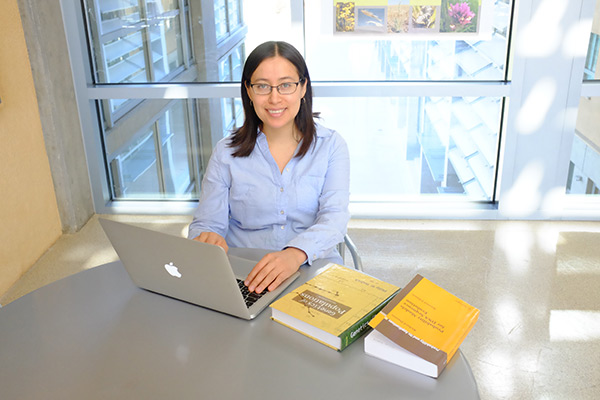 A new study by UC Merced Professor Emilia Huerta-Sánchez — published recently in the journal Molecular Biology and Evolution — shows that between 30,000 and 50,000 years ago, Neanderthals, Denisovans and Homosapiens interbred, and modern humans got an evolutionary advantage because of it.

Hybrid populations adapt more quickly than humans who evolved through mutation and natural selection alone, and one of the most striking examples of the benefits of hybridization in the people of Eurasia is the EPAS1 gene. The gene makes Tibetans less prone to hypoxia — a loss of oxygen to the body’s tissues at high altitudes.

About 1.6 percent of nonnative climbers have died on the mountain. Injuries, falling into crevasses, freezing, cerebral edema and altitude sickness, exhaustion, and lack of oxygen are the most common causes of death, experts say.

While the Sherpa are making summiting Everest safer for others at disproportionate risk to themselves, their mortality rates are lower than for nonnatives — about 1.1 percent. Statistics show the Sherpa are most likely to die in avalanches, rather than from altitude sickness, lack of oxygen or cerebral edema.

“People had always noticed a physiological difference between the people who live at high altitudes and those who aren’t from the Tibetan Plateau, and have wanted to know if there was a genetic difference, too,” Huerta- Sánchez said. “There is. We now know that the Denisovans introduced it into the human gene pool.”

As more data from archaic genomes becomes available, scientists have become keenly interested in pinpointing specific regions to better understand the effects and potential benefits of adaptive introgression, according to the paper Huerta-Sánchez wrote with two student researchers from UC Berkeley.

In the study, they showed that beneficial contributions from archaic humans are in genes involved in immune function, metabolism and skin pigmentation. Thanks to their archaic relatives, Eurasian populations are more resilient in cold weather, have immunities to certain pathogens and have metabolic differences that make them adaptable to different diets, Huerta-Sánchez said.

“In my study, we focused on the mutations that are beneficial,” she said. “Tibetans and other populations exhibit local adaptations, and those benefits came from somewhere else.”

Huerta-Sánchez is a molecular cell biologist with the School of Natural Sciences and the Health Sciences Research Institute, and has been at UC Merced since 2014. Her long-term goal is to understand the human genetic landscape, how it has been shaped by evolution and how variants affect human disease.

“I am answering biological questions, but the approaches I take are computational,” she said.

Her goals fit well at UC Merced, where computational science and big-data analysis are emerging areas of vast expertise. She has already worked with immunologists on campus to help analyze data and statistics, and is preparing to work on a project with applied mathematicians.

“There has been an explosion of data lately, and that’s going to lead to some interesting collaborations,” Huerta-Sánchez said. “More researchers are getting interested in RNA and DNA sequencing, and there are many possibilities for overlapping with molecular cell biology.”