Relax: Benefits of Leisure Go Beyond the Moment 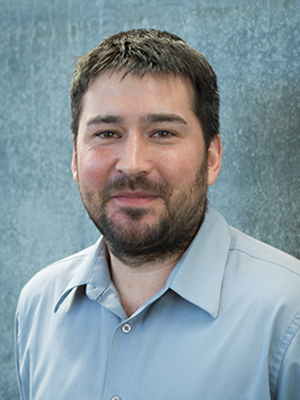 Doing the things you enjoy can be good for your health, according to a new study by Professor Matthew Zawadzki, a health psychologist with the University of California, Merced.
The study, published in the Annals of Behavioral Medicine, shows that leisure activity can provide immediate stress relief and other health benefits to just about anyone. But as shown in Zawadzki’s previous research, the activity must be mentally engaging — too many distractions can negate the effects.
“When people engage in leisure activity, they have lower stress levels, better mood, a lower heart rate and more psychological engagement — that means less boredom, which can help avoid unhealthy behaviors,” Zawadzki said. “But it’s important to immerse themselves in the activity and protect their leisure time from external stressors.”
While much research exists on the overall health benefits of leisure activity, Zawadzki’s study is one of the first to measure the stress levels, heart rate and other indicators among individuals at various moments throughout the course of their daily lives.
The study began with data collection by then-Syracuse University psychologist Joshua Smyth and was later completed by Zawadzki during his postdoctoral fellowship with Smyth at Penn State University. The researchers examined more than 100 subjects ranging in age from 20 to 80, with a diversity of genders and income levels. The only constant among the participants was that they all had standard daytime work hours and weekends off.
Participants were monitored over the course of three consecutive days — Thursday through Saturday — taking surveys at random times to indicate the activity they were engaged in, who they were with, their mood at the time and their relative level of stress. They were also fitted with electrodes to track their heart rate throughout the experiment.
Virtually all of the participants showed reduced stress and heart rate during leisure activities — defined as anything a person enjoys in their free time, including exercise. Further, Zawadzki said, the positive health effects of leisure appeared to persist for hours after the activity itself.
“We’re still talking about the short term, but there was a definite carryover effect later in the day,” he said. “If we start thinking about that beneficial carryover effect day after day, year after year, it starts to make sense how leisure can help improve health. When a person is stressed, their body is worked up — heart rate, blood pressure, hormones — so the more we can prevent this overworked state, the less of a load it builds up.”
In another recent study, accepted for publication in Psychology and Health, Zawadzki shows that rumination — or the stress within a person’s mind, as opposed to external stressors — can damage one’s health even more than support from friends can help it. Rumination can put a person in a bad mood, which then leads them to worry even more about the things going wrong in his or her life. Leisure activity that is mentally engaging breaks that cycle, allowing the person to recharge before tackling the sources of their stress.
Zawadzki, a professor in the UC Merced School of Social Sciences, Humanities and Arts, hopes his research can help inform stress interventions in the future. Traditional intervention methods, such as meditation, don’t work for everyone or fit within everyone’s individual routine. Such interventions could be more effective if they used a person’s preferred form of leisure as a starting point.
“Almost everyone has leisure activities,” Zawadzki said. “The intervention would be finding ways to enhance those, such as doing them in a way that absorbs the person’s attention. That seems to be really powerful. Even watching TV or going to a movie can be effective, if you’re just focusing on the movie and having that mental escape.”
Subscribe
Submit A Story