November 8, 2015
The growing popularity of biology studies and the campus’s plans for its future areas of concentration lead to a new focus on human health

The University of California, Merced, was plotted at the juncture of mountains, fields and urban sprawl with the mission of serving the diverse needs of the San Joaquin Valley region.

Little has changed with that philosophy a decade later as UC Merced flips the switch on a new era in which public and human health sciences will be some of the core subjects for the institution in its teaching, research, faculty recruitment and program development.

As research funding and activity has grown exponentially on campus, studies have targeted global health issues such as HIV and Alzheimer’s disease, but many professors have concentrated efforts on issues uniquely endemic to the Valley.

“One of the reasons they made it UC Merced, instead of UC Beverly Hills, is that this was a region that was very underserved,” said Brown, a health economics researcher and director of the university’s Health Sciences Research Institute. “You go other places, and there are researchers tripping over each other to do studies. In the San Joaquin Valley, not so.”

The paucity of research in the Valley has not been for lack of things to examine, or problems to solve. 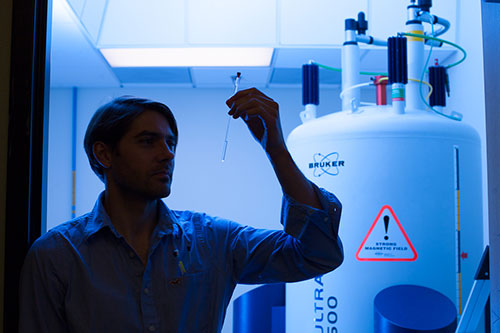 Asthma rates in Merced County nearly double those in the state of California. Its rankings for stroke, diabetes and heart disease rank among the worst of the state’s 58 counties.

A UC Merced study found 41.2 percent of teens in the county were overweight or obese, a rate that would be among the worst in the world. And despite producing some of the healthiest foods on the planet, such as almonds and pomegranates, many of the county’s residents – a quarter of whom live below the poverty line – either can’t afford them or live in food deserts and can’t access them.

The new energy and innovation coming from UC Merced to address such issues is perfectly timed for the community, as residents in the Valley have become somewhat tone deaf to the messages from social service and public health agencies, said Claudia Corchado, program manager for the Central California Regional Obesity Prevention Program.

It’s a struggle to hit home on even basic messages, she said, such as convincing people that high-sugar beverages contribute as much to obesity as high-fat foods.

“They think it’s what we eat, not what we drink,” she said. “We need the credibility of the university. That’s huge, especially in Merced County.” 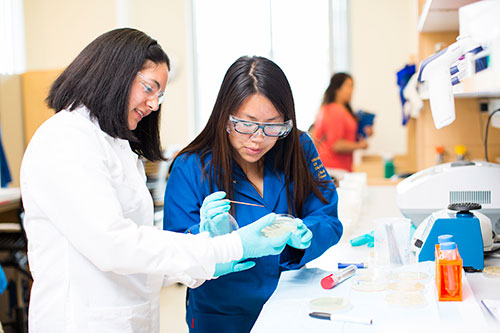 Pushing the growth in health care and related research is the infusion of students studying biology, which is the most popular major on campus. Of the 1,800 students in the university’s School of Natural Sciences, about 1,300 have chosen degree paths in biology, said Dean Juan Meza.

“There’s a sense that this is where the action is,” Meza said.

But the move toward health care research also comes from key decisions by university leaders, including the creation in 2012 of the research institute Brown leads, and the selection in 2014 of health care as one of six strategic focus areas for the university.

Both steps will influence faculty hiring at a critical time, considering that the institution expects to add 150 faculty members in the next six years to keep pace with swelling student enrollment.

And that, in turn, is expected to fuel something of a renaissance in health care research — despite the fact that the university lacks the classic infrastructure such as a medical school, and will be competing in a state in which nine universities routinely pull in more than $100 million in National Institutes of Health (NIH) grants per year.

UC Merced’s record for NIH grants came in 2014, when it surpassed $4 million for the first time. Five years earlier, it had drawn less than $1 million, which Meza said points to the university’s growth.

“Biology is going to be the big growth area in the 21st century,” he said. “It’s changing in that it’s much more quantitative than it used to be. There are a whole lot of things that people haven’t looked at before that we are able to look at now. So we don’t have that big infrastructure, but you can still be a big player these days without it.”

Recently, researchers have drawn the attention of grant agencies like the NIH for such projects as:

Those are just a few of the health-related projects being undertaken at UC Merced.

One factor in the growth of health research is that equipment has become smaller, more efficient and less expensive. For example, genetic sequencing equipment used to be larger than refrigerators, for example, but the equipment Nobile has used for some pioneering work on biofilms is cheaper and smaller than a toaster oven. Biofilms are clusters of microbes that might have more to do in combination with the origins of disease than any one bacteria or fungus. (A common example of a biofilm would be the plaque that forms on teeth.)

Nobile assembles biofilms and studies them under a time-lapse microscope to learn how organisms communicate and behave together.

“We are probing how each can influence the activity of a partner species and identifying the molecules they use to communicate,” said the professor who recently became the campus’s first Pew Scholar. “These findings could change the way we look at microbial interactions and lead to better ways to combat infectious disease.”

Nobile believes the university will one day need its own biosafety-level 3 lab to remain a leader in the study of Valley Fever as well as in the roles of biofilms or the origins of antibiotic resistant strains of bacteria.

Discussions of a medical school have already taken place, and the university will eventually visit questions of whether nursing, pharmacy or dentistry programs are appropriate additions, said Tom Peterson, provost of UC Merced.

Student interest could be the main driver. More than 60 percent of them are the first in their families to attend college — and many of them have eager ambitions of medical careers.

But a medical school is not a necessity for cutting-edge medical research, Peterson said. UC Riverside waited 50 years before opening a medical school, and UC Berkeley has none despite a robust research program that pulled in more than $26 million in NIH grants last year.

“We are finding new and exciting ways to make significant contributions to human health science … without the need for a medical school in the immediate future,” the provost said. “Further, we believe that building the strong foundational activities cutting across many aspects of human health science will favorably position UC Merced for future expansion of a medical school associated with the campus.”

One such area is public health — the study of broad societal influences on the health of communities, and of interventions to address poor health outcomes.

UC Merced researchers, for example, are looking to repackage information on air quality in the Valley so residents can understand it and take precautions to protect those at the greatest risk for health complications.

Professor Jan Wallander’s research at UC Merced has focused on identifying the risk factors for obesity and related metabolic diseases, such as the amount of time people spend sitting in front of video screens, or their racial and genetic origins. But now the professor is moving toward testing interventions in the San Joaquin Valley to see if they can have impacts.

“Public health is more about preventing health problems from developing and improving the health of the population,” he said. “One could say Merced and the San Joaquin Valley need strong public health research and interventions as much as they need doctors coming out of the university.”

Molecular biology is another focus area among Merced’s researchers.

Professor Filipp has concentrated much of his work on the genetic and biological origins of melanoma, a skin cancer with a high fatality rate if diagnosed late.

Professor Rudy Ortiz is searching for biologic clues that predict the irreversible cellular damage that leads to diabetes before it happens.

“What are some of those characteristics or markers that we can use to better identify and diagnose, if you will, the early events” preceding diabetes, he said.

Health psychology is also a growth area for research at UC Merced, highlighted by the work of Professor Jitske Tiemensma on how prior stress in life affects coping with diseases later on, and how perception of diseases affects people’s abilities to fight them off.

Her research included analysis of drawings and artistic creations by patients with conditions such as cancer, as well as patients with a disorder in their pituitary glands that is rare but also a great biological indicator of how lifetime stress affects the body.

“How you perceive your disease and the treatment and the symptoms really influences how you cope,” she said.

The evolution of her research is a somewhat familiar story at UC Merced. Tiemensma joined the university from an institution in the Netherlands, so much of her initial research stretched back to work with patients from that country. Over time, she is looking for more opportunities to work with local populations, and to examine how the stresses of poverty and racial disparities that are so prevalent in the Valley can affect coping.

“Can we influence those processes?” she asked. “Are there things we can do so there is a less intense response to stress?” 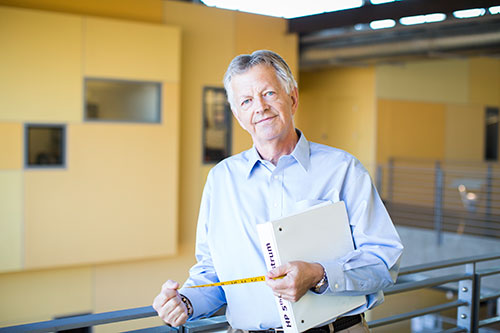 Brown said the untapped research opportunities that exist in the Valley are a major draw for faculty, along with the chance to attempt interventions in an area with so much need.

“That’s part of our mission,” he said. “And for researchers seeking to make a difference with the work, there are so many opportunities to make a positive impact by forming partnerships with people and communities in underserved area to address challenges they face every day.”

Brown and Wallander are involved with a $90,000 NIH grant to establish connections in the community and identify the interventions that will have the greatest impact on obesity in the region.

Corchado said it is important to build trust and understanding between the researchers at the university and the people in the community who would be participating in interventions and research studies.

She recalled how UC Merced researchers enthusiastically presented a new program in one community by which a truck would arrive on Wednesdays to provide them with the affordable produce that isn’t immediately available to them.

The researchers were surprised by the tepid reaction, which turned out to be dissatisfaction with the day of the week.

“’We don’t get paid till Friday,’” they eventually revealed to the researchers.

Such startup problems are to be expected in a community with deep-seated health problems and a new university trying to address them for the first time.

Nobile, the biofilms researcher, said the process seems much the same as what she encountered in 2013 when starting up a biotech company.

“I really like the feel of startups,” she said. “UC Merced, to me, feels a lot like a startup. It's one of those places that has started strong and has so much potential to achieve amazing things.”