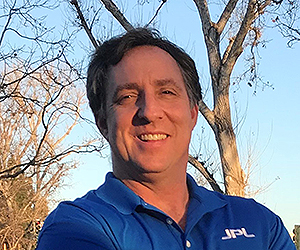 Duval Johnson was born in Downey, Calif., and raised there until he moved to Mariposa at age 8. After high school, he served in the U.S. Army for three years, then ran an automotive business in Merced for three decades.

In 2009, 23 years after graduating from high school, he decided it was time to turn his physical work into mental work, so he took classes at Merced College.

“I took the skills I had with my hands and the knowledge I had for 30-plus years of working with mechanical components, and combined that with the theory,” he said.

Johnson earned his bachelor’s degree in mechanical engineering at UC Merced in 2014.

“I was a non-traditional student,” he said. “I feel like they built UC Merced for me.”

He planned to go back to the automotive industry; however, the potential for research with Martini’s lab changed his perspective.

“Professor Martini had a collaborative project with Chevron that was exactly the kind of project that I needed,” Johnson said. “Grad school was a logical step.”

His doctoral dissertation research was in wet lubricants, but not related to aerospace.

He started working as a tribologist at the Jet Propulsion Lab in Pasadena in January 2018, before defending his thesis. Essentially everything that slides, moves, or rotates against another part comes through his lab for inspection. JPL has a host of missions it’s working on simultaneously. Johnson said his lab has worked on a dozen different missions over the past 12 months.

Johnson said anyone with an interest in mechanical engineering, should take a look at NASA centers like JPL.