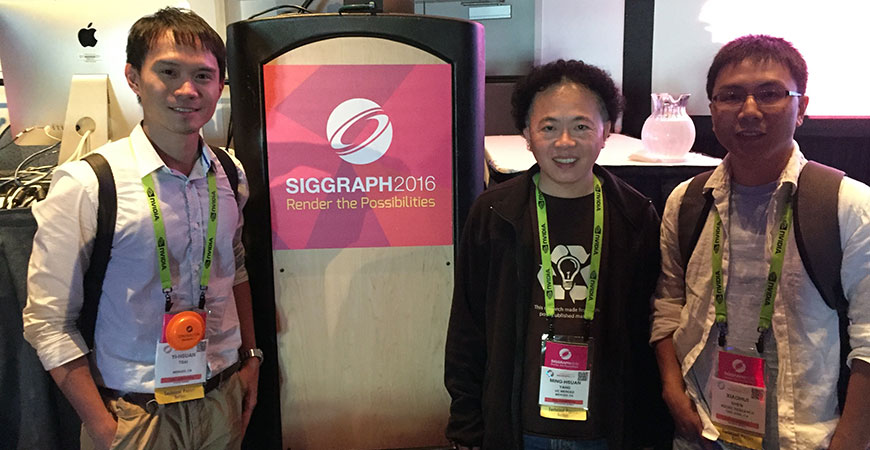 Engineering Professor Ming-Hsuan Yang has been elected one of the 71 new fellows recognized by the Association for Computing Machinery (ACM) ─ the world’s largest educational and scientific computing society.

The ACM Fellows program recognizes the top 1% of members for their outstanding accomplishments in computing and information technology and/or outstanding service to ACM and the larger computing community. They have been cited for wide-ranging and fundamental contributions in areas including algorithms, computer science education, cryptography, data security and privacy, medical informatics and mobile and networked systems ─ among many other areas. The accomplishments of the 2021 ACM Fellows underpin important innovations that shape the technologies we use every day, the Association said. The 2021 Fellows represent universities, corporations and research centers in Belgium, China, France, Germany, India, Israel, Italy and the United States.

Yang’s research with the Department of Computer Science and Engineering focuses on computer vision, and he was elevated to the ACM’s highest membership grade in recognition of his contributions to visual tracking, face processing and low-level vision. The number of Fellows is limited, and the criteria are strict.

“I am honored by this award from the ACM,” Yang said. “I would like to thank all my students and colleagues for all their contributions to our research work over the years.”

“Professor Yang has risen through the ranks during his time here at UC Merced. His research is highly visible and impactful. Election to Fellow status in the Association of Computing Machinery is recognition of his many contributions to his field,” School of Engineering Dean Mark Matsumoto said. “We are proud of his many contributions. He is well-deserving of this recognition by his peers.”

He joined UC Merced in 2008 and almost immediately began earning honors and recognition for his work. Besides the ACM Fellowship, he has most recently been named one of the world’s highly cited researchers by the Web of Science Group for four consecutive years. Web of Science recognizes researchers most frequently cited by their peers. He also received the AMiner Most Influential Scholar Annual Award in recognition of his “outstanding and vibrant contributions to the field of Computer Vision.” The award names the world's top-cited research scholars from the fields of Artificial Intelligence (AI) and recognizes outstanding technical achievements with lasting contribution and impact to the research community.

Yang was elevated to the status of Fellow in the Institute of Electrical and electronics engineers (IEEE), a group he joined in 1998. UC Merced only has one other IEEE Fellow: Professor Mukesh Singhal. Fellowship is granted to less than 0.1% of the IEEE’s voting members annually, and only after a long and rigorous nomination and review process.

Yang will be inducted into the ACM’s fellowship at a June conference in San Francisco.