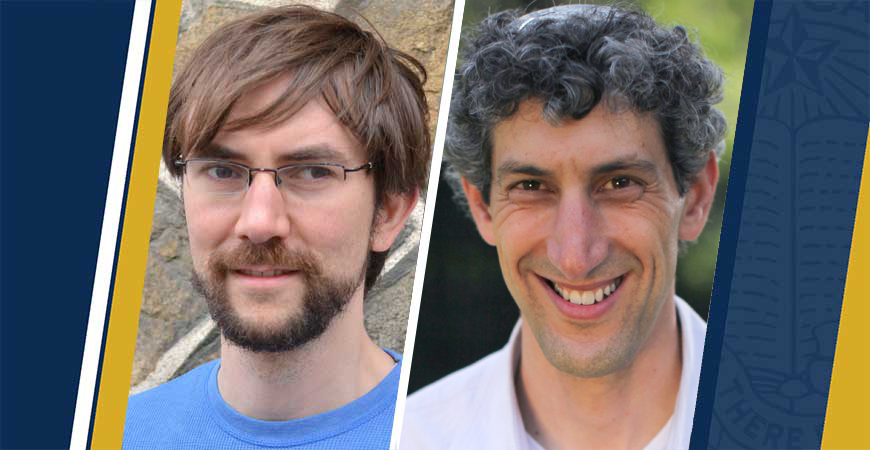 The scourge of anti-Semitism was in Charlottesville, where white nationalists chanted “Jews will not replace us.” It is felt when Israel’s treatment of Palestinians is compared to Nazi Germany. It happens when a college student is denied a club membership unless they renounce ties to a Jewish organization.

In short, anti-Semitism “doesn’t fit in a box,” Rabbi Adam Naftalin-Kelman said during a virtual workshop presented March 31 by UC Merced’s Office of Equity, Diversity and Inclusion (EDI). “Anti-Semitism in Our Midst: Past and Present” addressed the myriad prejudices and misconceptions that drive discrimination against and attacks on Jewish people and institutions.

UC Merced hosted the workshop in response to the discovery of a Twitter account associated with a faculty member that contained content the university said was anti-Semitic. University leaders have denounced the content and emphasized the opinions do not represent UC Merced or the University of California.

Naftalin-Kelman, executive director of Berkeley Hillel, led the workshop with Ethan Katz, a professor of history and Jewish studies at UC Berkeley. The two are co-founders and co-directors of UC Berkeley’s  Anti-Semitism Education Initiative.

(UC Berkeley’s Center for Jewish Studies has posted an 11-minute video that encapsulates the workshop’s content.)

The workshop explored Judaism’s roots, going back 3,500 years, and how differences between the faith and Christianity gave birth to discrimination and fear that, over time, added layers of racism and classism. As illustrated by the Charlottesville chants in 2017, a particularly odious aspect of anti-Semitism arises from the belief that Jews have outsized power, controlling government, businesses and society from behind the scenes.

In addition, Naftalin-Kelman and Katz noted it is not necessarily anti-Semitic to criticize the Israeli government or Zionism — which they defined as the movement to maintain a sovereign state with Jewish character in part of historic Palestine. They explained that the words and images used to criticize Israel or Zionism, and the context in which they are expressed, determines whether they are anti-Semitic.

“I would say that’s what happens a lot on campus,” Naftalin-Kelman said. “For instance, a non-Jewish student asks another student, simply because that student is Jewish, why Israel acts like that to the Palestinians. That’s anti-Semitism.”

The workshop was the first installment of EDI’s “Dialogues That Matter” series. Each workshop is designed to share information and tools that empower participants to be active proponents of equity and justice.

As of July 1, UC Merced's Office of Equity, Diversity and Inclusion transitioned to the Division of Equity, Justice and Inclusive Excellence (EJIE),...

As one of the leaders for sustainability and equity, UC Merced hosted the first offsite meeting for the Governor’s Strategic Growth Council (SGC)...

College Track recently held a retreat at UC Merced that brought almost 200 staff members from all over the country to the site to "reflect, renew and...