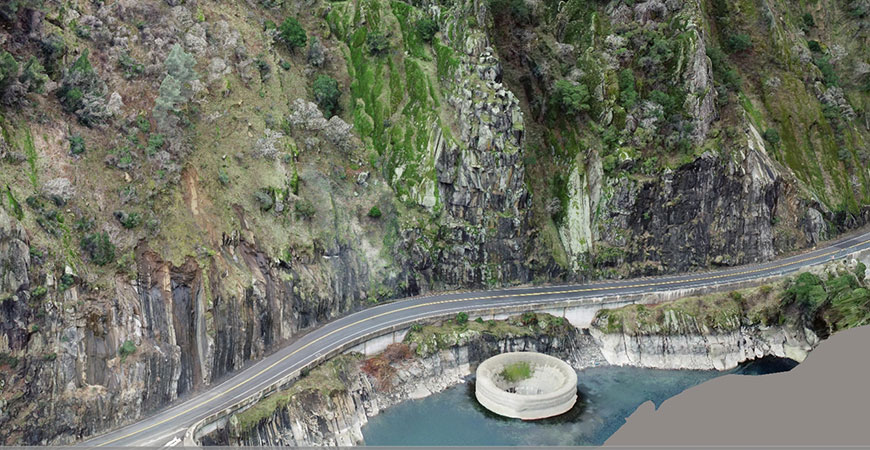 There is a growing acceptance and adoption of drones — unmanned aircraft systems — by local and state agencies across the U.S.

Advocates say there’s good reason: Drones can be a powerful tool in environmental monitoring, agriculture and even construction. But as with any new technology, there is going to be a learning curve to make drones effective, including policies and training.

But where does a state agency go to get help? To the University of California’s Center of Excellence for Unmanned Aircraft Systems Safety, of course. The center was established by the UC Office of the President to provide guidance in systemwide policy development, safety training and regulatory compliance, as well as resources such as training courses, seminars and workshops for the entire UC community.

The center is housed at UC Merced and led by alumnus Brandon Stark, Ph.D. UC Merced is becoming widely known for its drone research thanks in large part to Professor YanQuan Chen’s Mechatronics, Embedded Systems and Automation (MESA) Lab. Stark managed that lab before being named the Center’s founding director in 2016.

A new project will bring that expertise to the California Department of Transportation as it aims to standardize practices, training and safety protocols for its growing use of drones.

Over the next year, Stark and his students will work with Caltrans to analyze the agency’s current policy, identify gaps and offer recommendations on filling them, help develop customized curriculum for training and standardizing safety protocols.

“We’re going to help update their drone manual by integrating the latest industry and professional standards, and where we find those deficient, we’ll do some experimental research to support new standards,” Stark said. “We’ll also help with the training program by developing curriculum for teaching flight skills and remote learning curriculum that will enable Caltrans to scale up their operations statewide more effectively.”

The project is important for Caltrans UAS Program Administrator Lori Lee, who tracks every drone flight the agency conducts. Caltrans uses drones for environmental reviews and land surveys, bridge inspections, to monitor wildlife crossings, and oversee construction projects and road repairs, such as the cleanup of the 2017 landslide that buried a portion of Highway 1 near Big Sur.

“We need to be able to get accurate data, but a lot of the field work could put people in harm’s way,” she said. “People can sometimes be put in very treacherous situations.”

The agency recently started scaling up its UAS programs and saw the need to review its processes.

See a video of the Highway 1 landslide work, captured by drones.

They met Stark through a drone working group hosted by the California Natural Resources Agencies to share best practices on drone policies and projects. Stark later held a few training sessions at UC Merced for Caltrans workers, though the most recent one, scheduled for this spring, had to be canceled because of the COVID-19 pandemic.

“Fortunately, we have a community of early adopters and several of them have commercial and private pilots’ licenses, so they bring a lot of experience to our safety-management system,” Caltrans Unmanned Aerial Systems Manager Tarek Tabshouri said. “But we play a very integral role in promoting safe aviation and policy, so it’s important that all our manuals, policies and training be up to date.”

This is the first time the Center has officially worked with a state agency, but Stark said much of the work for this project is scalable to other agencies using drones.

“The UC has more than 600 drones registered internally, and we have research teams working all over the state,” he said. “What we’ve learned from that experience is that once you have 40 or 50 drone teams working all over, we need to look closer at ensuring consistency in what standards we follow, what type of training is needed and how we use drones.”

“The beauty of having this technology is that there are so many field applications,” he said. “I would like to see any of our programs that can benefit from UAS have access to them, along with well-trained pilots. It will be a lot of work, but I am confident we can do it.”