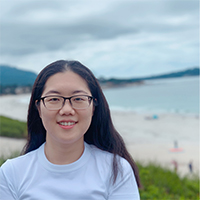 UC Merced doctoral student Xueting Li was selected to participate in Rising Stars 2020 Academic Career Workshop for Women in Electrical Engineering and Computer Sciences, which will be hosted by UC Berkeley virtually Nov. 9-10.

Rising Stars is an intensive workshop for female graduate students and post-doctoral scholars who are interested in pursuing academic careers in computer science, computer engineering and electrical engineering. It was launched in 2012 and has been hosted at UC Berkeley, Carnegie Mellon University, MIT and Stanford University.

Bioengineering Professor Arvind Gopinath received a CAREER award for his research that seeks to understand how living biological materials such as...

Vice Provost for Academic Personnel Teenie Matlock has been honored with the Athena Award for Academic Leadership by the Women in Technology Initiative at...