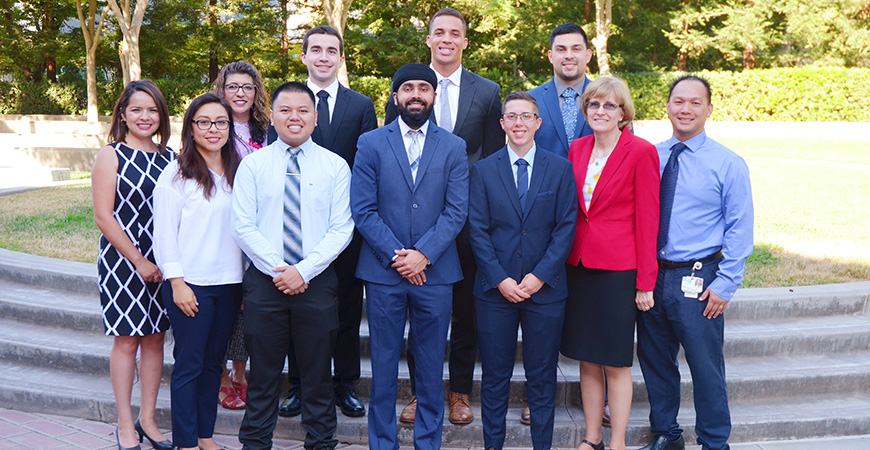 With a projected shortage of more than 4,000 primary-care clinicians over the next decade in California, the newest cohort in the UCSF SJV PRIME program presents a glimmer of hope to San Joaquin Valley medicine.

Six medical students — all from the Valley — have been admitted to the UCSF San Joaquin Valley Program in Medical Education (SJV PRIME), and spent several days at UC Merced during the summer preparing.

UCSF SJV PRIME is specifically for future physicians who are committed to providing high-quality, culturally competent and accessible medical care that addresses the Valley’s unique health needs. The Valley already faces a monumental shortage of physicians, not including the nearly one-third of the region’s current physicians who are at or near retirement age.

“Students participated in a variety of activities including community engagement opportunities, mentorship sessions with pre-health students and research presentations as a way to learn about unique needs of communities,” Manzo said. “These activities also expose students to multifaceted approaches to fostering collaborations as a way to address the health needs through culturally competent approaches.” 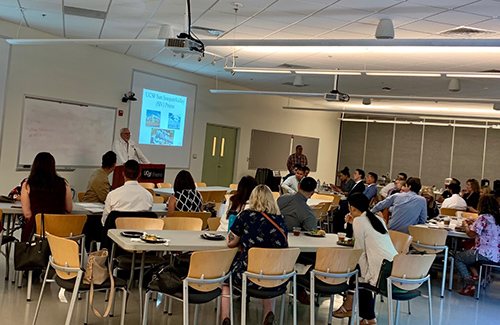 SJV PRIME students will train at UCSF Fresno and other Valley locations, including UC Merced.

In July 2018, UCSF Fresno was approved as a branch campus of the consistently top-ranked UCSF School of Medicine. The designation made UCSF the degree-granting institution for SJV PRIME and paved the way for students to spend the bulk of their training at UCSF Fresno and other Valley locations, including UC Merced. As the curriculum continues to develop for the new UCSF SJV PRIME, there is momentum in developing a summer research program in conjunction with UC Merced.

As UCSF medical students, SJV PRIME students spend the first 18 months at the main campus focusing on foundational and health-system sciences and principles of discovery. They also learn about health issues impacting the Valley and remain connected to the region, spending time learning and conducting research locally, including with UC Merced faculty.

After the initial 18 months, SJV PRIME students spend the remainder of their training — about two and a half years — at UCSF Fresno. Rotations take place at clinical sites such as Community Regional Medical Center, Family HealthCare Network’s Ambulatory Care Center in Fresno, VA Central California Health Care System, University Centers of Excellence and other family medicine clinics in the Valley.

“The aim of SJV PRIME is to take students from the Valley, train them here, offer them residency training in the Valley with the hope they will stay to practice,” said Loren Alving, M.D., a neurologist and director of SJV PRIME. 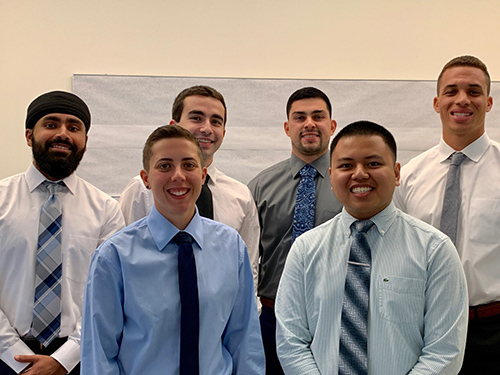 All six members of the new cohort grew up in the Central Valley and are helping to address the mounting shortage of physicians in the area.

Students in the first UCSF SJV PRIME cohort include:

Alejandro “Alex” Alejandrez was born in Mexico, immigrated to the U.S. when he was two, and grew up in Madera. He graduated from UC Santa Cruz and is a U.S. Army reservist. Alejandrez is taking time off to go to medical school and plans to serve as a medical officer before coming back to the Valley. His interests include taking care of veterans and underserved populations.

Reyoot “Rey” Berry was born in Ceres, grew up in Modesto and graduated from Fresno State. She looks forward to gaining the tools and experiences to serve communities in the Valley that face health care barriers, including the LGBTQ, homeless and migrant communities, as well as those with mental health issues.

Marcus Cummins was born and raised in Fresno. He attended Buchanan High School and graduated from UC Davis. Cummins said he is excited about the opportunity to train at one of the nation’s top medical schools in his hometown and in the Valley where there is a great need for physicians.

Stephen Georgiou grew up in Los Banos and graduated from UC Berkeley. He was introduced the medical field by his father who is an obstetrician and gynecologist in Los Banos. His parents instilled in him the importance of giving back to the community and helping the underserved. Originally from Mexico, his mother was a pediatrician but retired when he was born. He said SJV PRIME is a perfect fit for his long-term goals and he looks forward to caring for patients, even during his medical education.

Lemuel Vince Rivera was born in the Philippines and moved to the United States in 2005. He relocated to Fresno in 2009 and graduated from Fresno State. While there, Rivera worked at Community Regional Medical Center as a scribe in the emergency department. He looks forward to learning more about the health inequities in the region and returning to the Valley to work with underserved populations.

Amitoj Singh, from Fresno, is a UCSF Fresno Sunnyside High School Doctors Academy and UCLA graduate. As a Doctors Academy student, he learned about many of the health disparities that exist in the Valley. His interest in pursuing medicine was reaffirmed at UCLA. Through SJV PRIME and early in his medical education, he looks forward to helping the community he one day hopes to serve as a physician.

Human rights activist Nadia Murad has been selected as the 14th recipient of the Alice and Clifford Spendlove Prize in Social Justice, Diplomacy...

Campus Talent Search Program Funded for the Next Five Years

UC Merced undergraduates interested in pursuing field research and mentorship opportunities at one of the University of California Natural Reserve System...