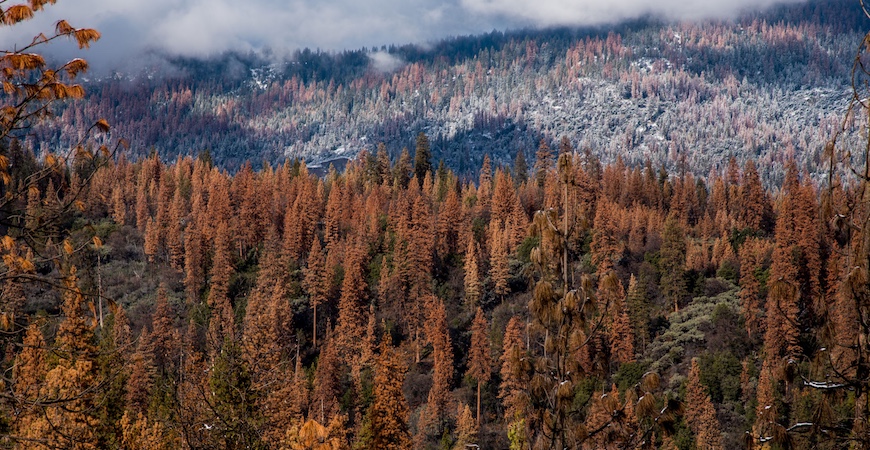 Scientists at UC Merced’s Sierra Nevada Research Institute (SNRI), UC Irvine, UC Davis and the USDA Forest Service have enumerated the mechanisms that serve as master regulators of streamflow and drought intensity by studying California’s 2012-15 drought. Their findings are detailed in a new paper published in Scientific Reports.

“Long-term measurements at the CZO allowed us to understand how the drought affected the amount of water supplied by mountains,” study coauthor and UC Irvine Professor Michael Goulden said. “This understanding is needed to more accurately forecast how future droughts will affect water supplies in California and in mountain headwaters around the world, and to help devise strategies to reduce the impact of drought.”

Two mechanisms — evapotranspiration and warming — decreased runoff levels and intensified the overall effects of the drought.

“Runoff in mountain rivers ultimately reflects the difference between precipitation, which occurs as both rain and snow, and water returned to the atmosphere through evapotranspiration, which is mainly water used by plants plus evaporation from soil,” said Roger Bales, SNRI director and lead author of the new study.

The drought was dominated by evapotranspiration, which varied little from year to year in Sierra Nevada forests, even as precipitation levels declined. As a result, more water was returned to the atmosphere than drained into nearby streams and rivers. This alone led to a 30 percent reduction in springtime runoff. The warming climate only made matters worse.

Temperatures were a full degree Celsius higher than they were the decade prior. This warming resulted in drier, hotter atmospheric conditions favorable to further evapotranspiration. Elevated temperatures ultimately led to an additional 5 percent reduction in runoff. 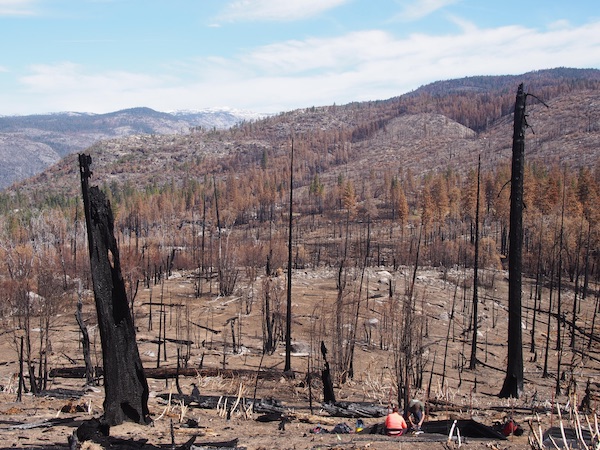 Local differences in precipitation and evapotranspiration resulted in 10 percent more runoff than might otherwise be expected. Even with rising temperatures, winter evapotranspiration remained low at colder, higher elevations. This meant that upslope meltwater, primarily from high-elevation snowpack, acted as a buffer against downslope declines in runoff.

And scientists identified another mechanism that helped reduce the drought’s overall impact. It was this fourth master regulator that proved most interesting to researchers.

Drought years were characterized by widespread tree mortality — the result of increased wildfire and drought-associated tree dieback. This had the effect of thinning forests, but also reduced forest-associated evapotranspiration, leading to a 15 percent increase in 2016 spring runoff.

“This fourth mechanism is potentially the most important in the southern Sierra Nevada, depending on how long the reduced evapotranspiration is sustained,” Bales said.

But Bales warns that tree mortality isn’t a sustainable long-term solution to drought.

”Rates of recovery following forest dieback or wildfire are uncertain in a warming, highly variable climate,” he said. “The 2012-15 drought may have a long-term legacy effect on Kings River flow if recovery is slow.”

Still, the findings demonstrate that the environment is able to maintain a balance in the face of severe drought, at least in the short term.

“We often think of drought as a one-way street, causing water shortages and creating desert-like conditions,” said Richard Yuretich, director of the National Science Foundation’s Critical Zone Observatories Program, which funded the research. “This analysis demonstrates that runoff from increased snowmelt at higher elevations and the loss of vegetation from wildfires can compensate for some of the decrease in rainfall.”