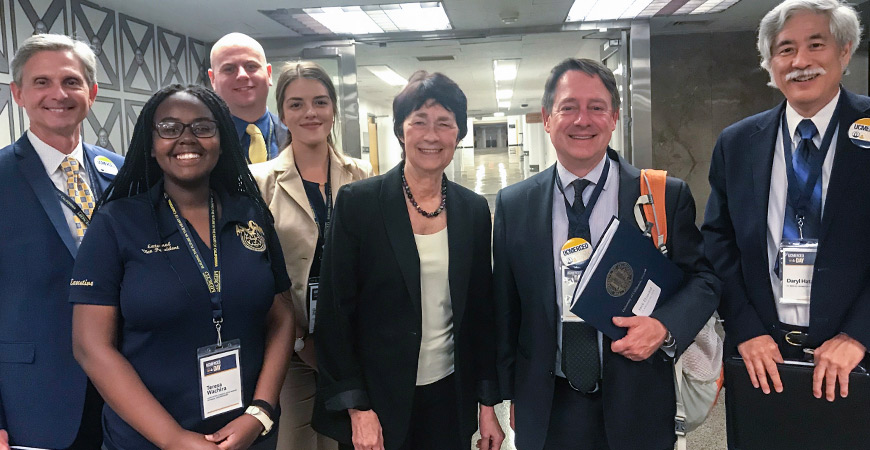 UC Merced students, alumni, leaders and supporters were in Sacramento today to advocate for full state funding for the University of California and to promote the unique opportunities and challenges that face the rapidly growing campus.

Chancellor Dorothy Leland led the group through the first “UC Merced Day” in Sacramento, a new biennial counterpoint to the traditional UC Day.

The chancellor joined with students to generate legislative support for the UC, which now educates 90,000 more students than it did in 2000, but with the same level of state funding. The UC announced today that it is postponing discussion of a tuition increase in hopes that the ongoing state budget negotiations will result in more funding to address critical issues such as unprecedented enrollment growth and increases in instruction and student services. 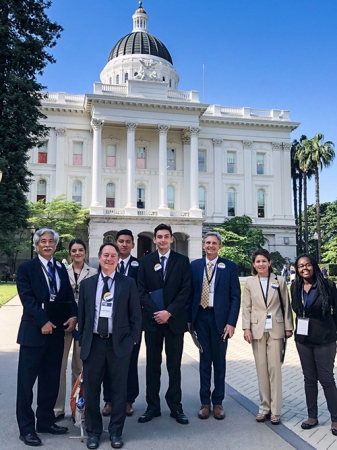 UC Merced supporters met with legislators to advocate for full funding of the UC and the appointment of UC regents from the Central Valley.

The UC’s financial pains are felt acutely at its youngest and fastest-growing campus.

“UC Merced is growing into maturity in spite of a severe recession followed by years of insufficient state investment,” Leland said. “That we are now thriving is a testament to the pioneering spirit and tireless dedication of our campus community, but we need additional support from the Legislature and the governor if we are to continue our upward trajectory into the future.”

The Merced group also included former UC Regent Fred Ruiz, who has been a strong advocate for the appointment of regents who hail from or have strong ties to the Central Valley.

The Board of Regents, appointed by the governor, has 26 seats — no current regents are from the Valley, and there are five vacancies. Ruiz, also a UC Merced Foundation Board member and longtime supporter of the campus, asked legislators today to urge Gov. Jerry Brown to strongly consider nominees from one of the state’s most underrepresented region.

“By appointing a UC regent from the Valley, the governor would not just check a demographic or geographic box,” Ruiz, a regent for 12 years before stepping down in 2016, wrote in the Sacramento Bee earlier this year. “He would signal that in our vast, diverse state, it is possible for the next generation of academic and economic leaders to succeed regardless of where they are from.” 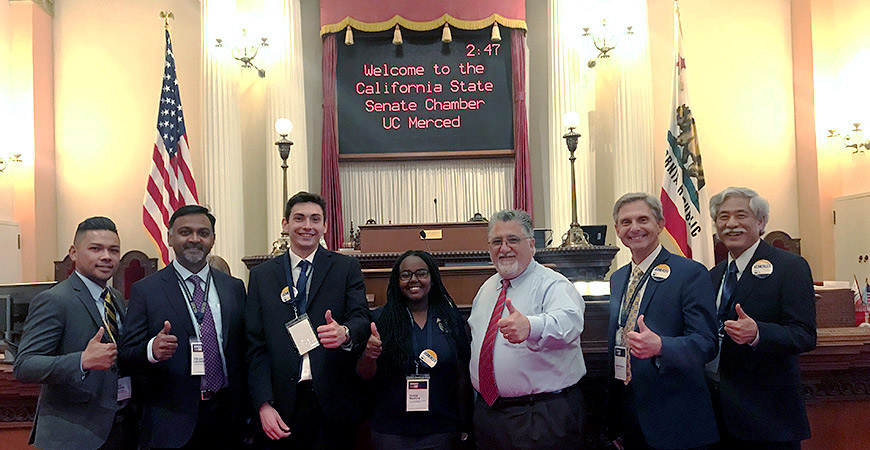 UC Merced supporters were invited to the Senate floor for a special welcome.

The highlight of the day was a luncheon — co-hosted by Assembly Member Adam Gray and Assembly Higher Education Committee Chairman Jose Medina — with members of the California Latino Caucus.

The visit was organized by the UC Merced Office of External Relations, with support from the UC Advocacy Network.

Farmworkers can learn more about their labor rights and workplace safety protections as a mobile informational caravan makes multiple stops across the...

Lt. Gov. Eleni Kounalakis visited UC Merced in early June for a tour of the new Merced 2020 Project facilities and to learn more about water and...

Philanthropist and author MacKenzie Scott and her husband, Dan Jewett, have made the most significant gift to the University of California, Merced, in the...