After nearly 20 years, Jan Mendenhall has announced her retirement from UC Merced. Mendenhall, who currently serves as Associate Vice Chancellor for Development and Executive Director for the UC Merced Foundation Board, will continue to work on a part-time basis after her retirement this spring.

During her time at UC Merced, Mendenhall raised tens of millions of dollars and led a team that helped raise funds for student scholarships, endowed faculty chairs, research grants and other programs that helped the university through its formative years.“Jan’s passion and dedication to UC Merced are irreplaceable,” Chancellor Dorothy Leland said. “Her cultivation and stewardship of the earliest benefactors of UC Merced are evidenced throughout our campus.” 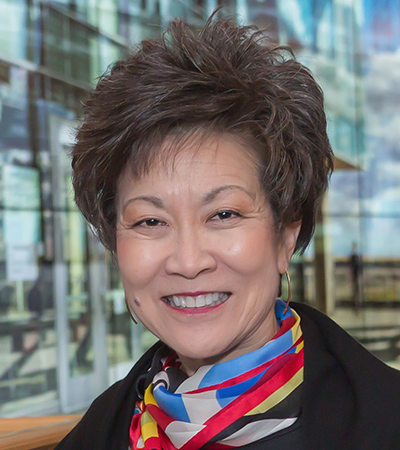 She also played a role in securing the donations that resulted in the naming of many iconic UC Merced locations: the Dr. Lakireddy Auditorium, the H. Rajender Reddy Health Center, the Kris-Tangella Lecture Hall, the Yablokoff-Wallace Dining Center Terrace and Elizabeth’s Garden, the Wallace-Dutra Amphitheater and more.

Mendenhall was also instrumental in developing relationships with campus supporters that led to the establishment of the Spendlove Prize in Social Justice, Diplomacy and Tolerance, and the Pellissier Distinguished Speaker Series.

In nearly two decades of service at UC Merced, Jan made an indelible mark on our growing university,” Associate Chancellor Ed Klotzbier said. “Her contributions have been integral to UC Merced’s success and will always remind us of how impactful she has been to our campus as well as her native Central Valley.