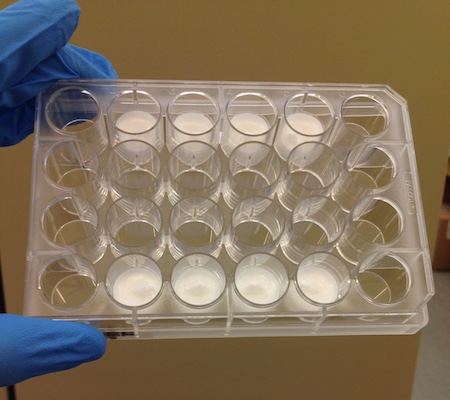 Patricia LiWang was at an impasse.

It was 2011 and the UC Merced professor’s research group had figured out how to make some of the most potent HIV inhibitors even more powerful. LiWang was thrilled by these findings; funding agencies like the National Institutes of Health (NIH) weren’t.

LiWang’s inhibitors are proteins, and protein-based medicines don’t make for effective pills. The problem isn’t the pill, per se. The problem is the digestive tract.

The digestive tract is alive with enzymes, many of which exist to break down proteins. This is why, for example, there’s no insulin pill. Insulin, also a protein, is only effective when administered in ways that bypass these protein-destroying enzymes. That’s why insulin is usually injected. Swallow it, and it won’t work. LiWang’s HIV inhibitors are no different.

LiWang needed an alternative delivery system. Topical use — i.e., an insertable film to prevent the sexual spread of HIV — seemed the best bet, but then a second problem arose.

Protein-based medicines tend to degrade unless handled carefully. Refrigeration is key; anything warmer, and the medicine loses potency. That’s a non-starter for an HIV drug, which must remain effective in parts of the world where access to climate-controlled storage is limited. 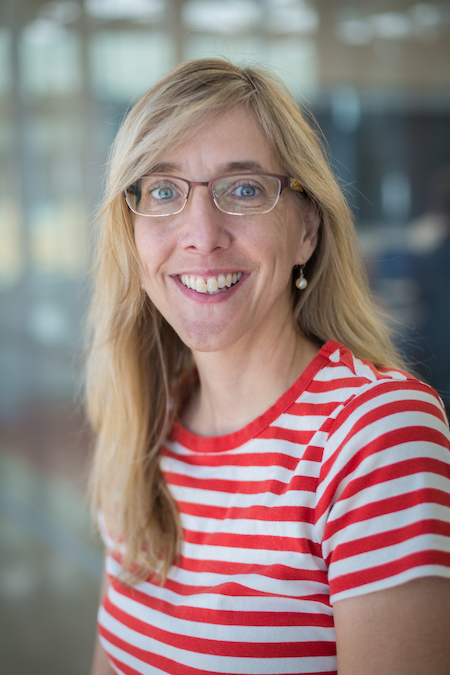 LiWang was stuck. She had developed powerful drugs capable of thwarting HIV, albeit in a controlled laboratory setting. But she had no way to administer or stabilize the drugs for long-term storage and use.

Kaplan’s group studies biomaterials at Tufts University. While working with fibroin, a protein found in silk, they discovered something remarkable: fibroin stabilizes proteins without the need for refrigeration. Equally intriguing was the possibility that fibroin capsules or films could provide a system for topical delivery of HIV inhibitors.

“David had a paper about stabilizing the measles, mumps and rubella (MMR) vaccine in silk,” LiWang said. “I emailed and said we were trying to stabilize our molecule. But ours would be for topical use. I told him that his stuff would be perfect for us.”

The collaboration began in 2013 and proved immediately fruitful. By 2014, the formerly indifferent NIH awarded LiWang and her collaborators a four-year, $2.3 million grant to support the work. And now that work is coming to fruition.

The team recently published a paper in the journal ACS Biomaterials — “Stabilization and sustained release of HIV inhibitors by encapsulation in silk fibroin disks” — showing that they can create a silk-based system that can store, stabilize and topically administer protein-based HIV inhibitors.

With many effective options already on the market, new HIV inhibitors aren’t always big news. But this is more than just a new inhibitor — it’s a new delivery system. And it may solve some of lingering problems associated with HIV prevention.

LiWang and her collaborators show that their silk-stabilized inhibitors remain effective for over a year at temperatures as high as 122 degrees Fahrenheit. While other drugs would be vulnerable to temperature spikes, LiWang’s inhibitors remain potent in almost any environment. For areas like sub-Saharan Africa, where those most susceptible to infection have limited access to refrigeration, this feature is key.

Another issue with existing HIV drugs relates to dosing regimens. Most of the available drugs require daily use, but studies indicate that many at-risk populations can’t adhere to this schedule. LiWang’s silk-protein system offers a solution. It replaces the daily pill with a film that can be inserted and then remain effective for a month.

LiWang cautions that her team’s new system is not yet clinic-ready. A few more hurdles remain.

The silk-protein system needs to be tested on primates before it can be tested on humans. Professor Satya Dandekar at the UC Davis California National Primate Research Center is working with LiWang to test the system in macaques. If it proves safe and effective, human trials would follow.

LiWang hopes her system will be the “one in a hundred” that makes it to human trials because she’s convinced it has the potential to help people most at risk for HIV in resource-poor regions of the world.

“We’re purposely working with proteins that can be made affordably,” LiWang said. “This is not going to help a drug company’s bottom line, but it might help prevent the spread of HIV in the developing world.”