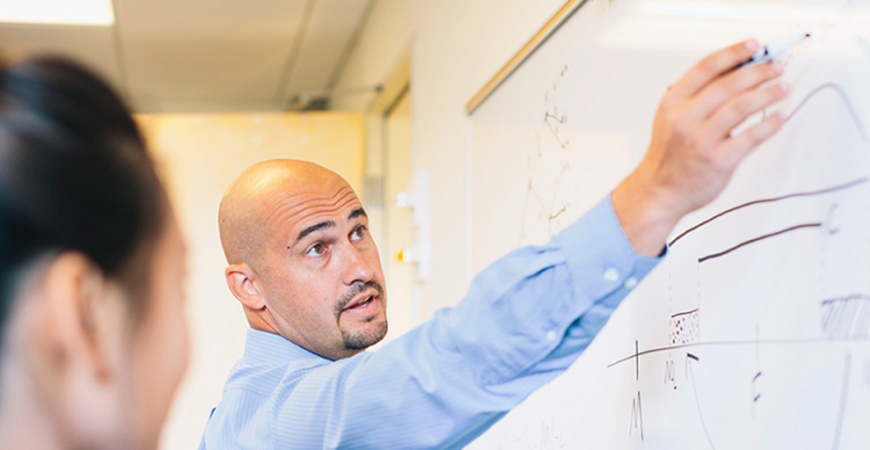 Professor Nathan Monroe is part of the group that will analyze United Nations votes.

Considering that the United States spends about $3.3 billion on United Nations-related activity each year, including peacekeeping — and President Donald Trump has proposed a 40 percent cut in that spending — this seems like a good time for U.S. policy makers to have a clear understanding of how the U.N. works and how to navigate its politics to get desired outcomes.

UC Merced political science professors Courtenay Conrad and Nathan Monroe secured a $118,000 grant from the National Science Foundation to assemble a team of graduate and undergraduate students to compile and analyze a massive database of U.N. General Assembly (UNGA) proceedings since the international organization was founded in 1945.

Because the majority of UNGA resolutions that reach the plenary floor pass, scholars often describe its votes as “consensual.” Conrad and Monroe say that’s because previous work hasn’t looked at the process by which resolutions come to the floor, missing out on important disagreement that occurs, for example, in UNGA committees. 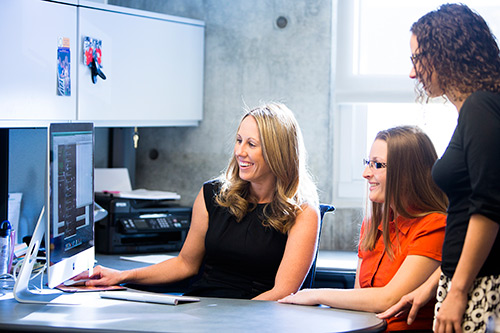 Professor Courtenay Conrad will work with Monroe and students to delve into UN politics and power.

With a fuller picture of how the UNGA works, policy makers will have important information to help them negotiate their way through the politics of the more than 190 member-states that participate in the U.N.

“By looking at the process and not just the final vote, we’ll be able to get a fuller picture of what countries want and what signals they are trying to send to the international community,” Conrad said. “There is a lot more disagreement in the process than people would think based on the final votes.”

In their grant proposal, the researchers note that in addition to missing out on political conflict in the UNGA, those who ignore the legislative process may miss the fact that some countries vote differently — choosing to send a different signal — on a resolution in committee than they do on the plenary floor.

Monroe and Conrad, with the School of Social Sciences, Humanities and Arts, have already chosen graduate student Ae sil Woo to manage the team of undergrads, and will begin assembling that team soon. The students will be trained to code the data Monroe and Conrad have been planning to collect for several years.

“It’s a lot of information, and data doesn’t always fall neatly into one category or another,” Monroe said. “We want the students to learn how to produce the database, how to code particular variables, and for them to participate in the process by weighing in on how we resolve discussions over variables.”

By looking at the process and not just the final vote, we’ll be able to get a fuller picture of what countries want and what signals they are trying to send to the international community. There is a lot more disagreement in the process than people would think based on the final votes.

Some scholars don’t take U.N. resolutions seriously because they are not law, Monroe said.

“But the U.N. does allow governments to signal how member-states are going to behave in the international system,” Conrad said. She agreed with Monroe that the U.N. has an enduring importance to the world, but seems to be particularly timely as “there has been quite a bit of discussion about the role of the U.N. since President Trump took office.”

It’s important to understand the way the U.N. functions as a key organization that can potentially constrain the behaviors of member-states, Conrad said, and to look at what effect the UNGA has on the whole international community, as well as learning more about how member-states debate and get the outcomes they seek.

Supported by seed funding from UC Merced’s Committee on Research, UC Merced’s Political Science unit and the inter-UC Institute of Global Conflict and Cooperation (IGCC), and with the critical help of the UC Merced Library, Conrad and Monroe have been gathering information on U.N. proceedings for several years. As far as they know, they are the only ones who have the complete record, and they are thankful for all the support and help they’ve received so far.

They are looking forward to working with a group of promising undergraduates on this yearlong project.

“We are pretty regular employers of undergrads,” Monroe said. “There are more opportunities for research out there than they realize.”