Hellman Fellowships Give Young Professors a Leg Up on Research 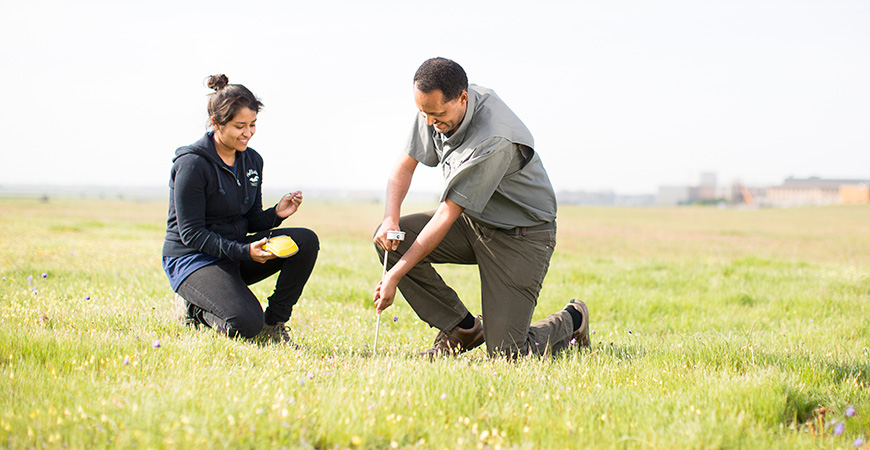 Thanks to a Hellman Fellowship, Teamrat Ghezzehei installed soil sensors in the Sierra.

Jason Sexton traveled to research sites to learn more about the evolution of monkey flowers. Teamrat Ghezzehei installed soil sensors in the Sierra. Asmeret Berhe laid the foundation for a large collaborative soil-science project. And Emily Ritter is employing a graduate student to conduct research for an upcoming book.

What these professors — and a total of 43 UC Merced faculty members since 2011 — have to thank for these projects is the annual Hellman Fellowship, created through a 1994 gift to the University of California by Chris and Warren Hellman and family, designed to support junior faculty as they launch their academic careers. 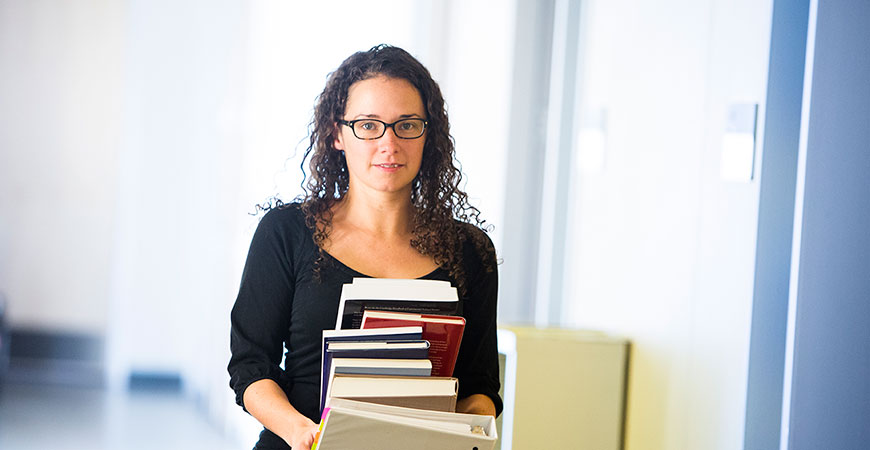 Investments in American research have dropped in recent years, and often, Camfield said, granting agencies want to see preliminary results so they know their investments are sound. But a junior faculty member with no major grants could have a tough time accumulating that preliminary data, and UC Merced’s faculty is 45 percent untenured researchers.

“Faculty members receive startup packages when they come aboard, but the money from the Hellman Fellowship is a bridge between that package and their first major grants,” he said.

The campus began receiving Hellman funds to distribute in 2011, and each year’s selection committee sees a wide variety of proposals and applications for the money. In the 2017-18 school year, there were 18 applicants from UC Merced, half of which received the awards, including political scientist Ritter.

“It was wonderful to learn I'd received the Hellman Fellowship. They're quite competitive, and it felt like a real accomplishment to receive it,” she said. “It also made me even more excited about my project, because it gives me more resources to conduct the research.”

She’s spending some of her award to pay for a graduate student to help with research and data collection as they develop the concepts and theory that are central to the project. The funds make it possible for that student to concentrate on the project with full effort.

Faculty members from all three schools have been named Hellman Fellows, and for the past two years the selection committee was made up entirely of previous Hellman recipients. Camfield said he hopes that will be that case from here on out.

Each awardee receives a different amount of money, based on their requests. Camfield said that while the fellowships are important for each recipient, they can be particularly important for researchers in the arts and humanities, where relatively small amounts of money can go a long way.

“They often have to travel to see specific collections, artifacts or other works, and without the fellowships, they might not be able to do that,” he said.

These fellowships are really crucial, especially with the current, very difficult, funding climate.

The money also benefits graduate students. Ghezzehei and graduate student Chelsea Arnold installed sensors at two high-elevation meadows in Sierra Nevada that allowed them to track long-lasting changes in meadow soils as they were happening.

“The study supported Arnold’s successful completion of her dissertation research and generated datasets that continues to shape our ongoing studies on evolution of soils under changing climate,” he said.

Writing the application proposals also helps faculty members hone grant-writing skills, and being able to do their initial work can sometimes have huge payoffs.

“The award allowed me and members of my group to study the suitability of a research site and collect preliminary data, and I used that data for an NSF CAREER proposal, which was funded,” Berhe said. CAREER awards from the National Science Foundation are extremely competitive and prestigious.

“Large grants fund projects that set new standards in the field, bring attention to the scholar and their university, and help set careers on productive trajectories,” Ritter added. “And you’re much more likely to win a large grant if you have a solid start and pilot project under your belt first. That’s what fellowships like the Hellman grant do — allow young faculty to start new projects that take off into much bigger ones.”