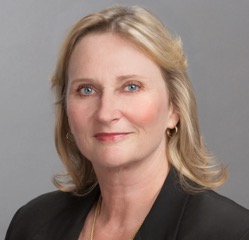 The contest for top honors in UC Merced’s Grad Slam competition will be even more intense this year thanks to a generous donation from Jane Binger, Ed.D., and her husband, Robert Bernstein, M.D.

Binger and Bernstein — a UC Merced Foundation Board of Trustees diplomat and a UC Merced Foundation trustee, respectively — have earmarked a $15,000 gift for Grad Slam, the popular competition in which graduate students give mini-TED talks on the methods, significance and findings of their research. Binger has also volunteered to coach this year’s Grad Slam finalists and the eventual campus champion as they prepare for subsequent rounds of competition.

The donation will increase the competition’s grand prize from $2,000 to $5,000 for the next five years, allowing UC Merced to join UC Riverside, UC Santa Barbara and UC San Diego in offering the biggest Grad Slam prizes in the system.

“My husband and I value research greatly — its rigor, its power to transform — and we have great respect for the graduate students who are participating in extending knowledge and may continue to do so the rest of their lives,” Binger said. “We hope our gift and my coaching encourage more students to try out for Grad Slam, to learn to share their ideas and innovations briefly and powerfully.”

The Grad Slam competition is a systemwide event that takes place in several stages. At the campus level, students participate in initial set of qualifying rounds. This year’s take place from 2:30-6:30 p.m. Wednesday in the Classroom and Office Building 2, Room 110. The event is free and open to all UC Merced students, staff, faculty and the public.

The top 10 finalists from that event will compete for the grand prize at the Grad Slam final round in mid-April. The overall winner will go on to represent UC Merced in the University of California systemwide Grad Slam competition in early May.

The gift from Binger and Bernstein is already having an effect. The number of students registered for the competition almost doubled over the past two weeks as word of the increase in prize money spread.

“This gift will make a significant impact on graduate engagement and research,” said Vice Provost and Graduate Dean Marjorie Zatz. “Grad Slam prizes are awarded in the form of one-time fellowships, so not only does the larger prize help to get more students excited about this very useful competition, but ultimately it also directly supports ongoing student research.”

The National Endowment for the Humanities (NEH) has awarded a $750,000 grant to the UC Merced Library in partnership with the Center for the...

As part of a heartfelt tribute to their beloved advisor, mentor and “surrogate mom,” a group of university alumni and Omega Delta Phi...

Many UC Merced students are first-generation college students, meaning they are the first in their families to pursue college degrees and the types of...