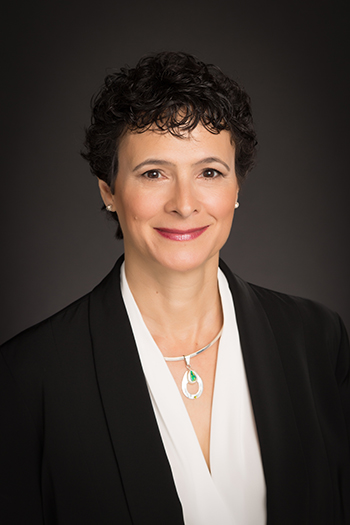 Jill Robbins, dean of the UC Merced School of Social Sciences, Humanities and Arts, has received a fellowship from the National Endowment for the Humanities (NEH) to support the completion of her book about the role of poetry in the recovery from the 2004 train bombings in Madrid.

The book, “We Were All on Those Trains: The Poetry of 11-M,” examines the attacks of March 11, 2004, known in Spain as 11-M. Robbins studies the poetic texts that were left at spontaneous shrines erected at the bombing sites, as well as those published in books, newspapers and anthologies, incorporated into monuments, stored in the Archive of Mourning and posted on blogs and other electronic forums.

The thousands of texts in Robbins’ study include works from well-known Iberian and Latin American poets, a novel by a U.S. poet, poems by mourners, songs, prayers, and pieces written by children.

“These texts reveal competing notions about the nature and functions of poetry in Spain today,” Robbins said. “They serve as a prism to make visible conflicting narratives about identities, technologies, genres and modernity.”

Robbins said she has completed her archival research and a number of interviews with poets, teachers and activists. The NEH fellowship will help fund her work to complete the manuscript, and she hopes to publish the book in 2017.

The NEH is one of the largest funders of humanities programs in the United States. It receives an average of more than 1,200 applications per year and awards fellowship to only about 7 percent of those, or around 83 per year.

Robbins arrived at UC Merced in January after spending the past eight years at the University of Texas at Austin, where she chaired the Department of Spanish and Portuguese since 2010. She was a member of the Spanish faculty at UC Irvine from 1997 to 2007 and served as associate dean for undergraduate studies in UCI’s School of Humanities from 2004 to 2007.

She is also widely published as an author, editor and contributor in a wide range of peer-reviewed books and articles in her fields of research: contemporary Spanish poetry, trans-Atlantic studies, globalization and migration, cultural issues, and studies in gender, sexuality, violence and memory.

For the first time, UC Merced has been awarded a Platinum rating in recognition of its sustainability achievements under the Association for the...