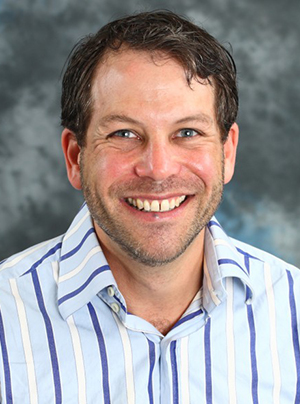 Computational biologist David Ardell has been awarded the 2016 Julius Kuehn Professorship by the academic senate of Martin Luther University Halle-Wittenberg in Germany.

Ardell, a professor in UC Merced’s School of Natural Sciences, will spend six weeks this summer with his family at the German university, where he will conduct research and give a public lecture to a campus audience representing all fields of study, including the humanities.

Halle-Wittenberg awards about 50 guest professorships each year, Ardell said — one by each of the university’s academic departments — but the Julius Keuhn Professorship is the only one awarded for the entire university.

Ardell’s lecture will be on the evolution of biological codes and human languages, and he will continue his ongoing collaborative work with Halle-Wittenberg Professor Ivo Grosse.

“I am so happy to have received this unexpected honor,” Ardell said. “And I am grateful for the opportunity it provides to further our research.”

In his UC Merced lab, Ardell’s team works to develop novel approaches to predict how proteins and RNAs find and recognize each other in crowded cells. They do so using information theory, the same mathematical theory that describes how quickly and accurately signals can be communicated in electronic or natural systems.

Ardell and Grosse are working to develop improved measures for the evolution of information in genomes, which could lead to the development of new nontoxic, resistance-proof chemotherapies for neglected tropical diseases or to the engineering of better biofuels.

“By next summer, I hope we’ll have made great progress on results to use in our upcoming papers and proposals,” he said.

Low-Wage Work Is Linked to Spread of COVID-19, Study Finds

California counties with high numbers of low-wage workers are seeing higher incidence of COVID-19, suggesting a link between so-called “worker distress” and spread of the virus, according to a new...

The Whiting Public Engagement Program has awarded a $50,000 fellowship to Professor Ma Vang for her efforts to integrate the experiences of refugees into education for high school students in Merced...