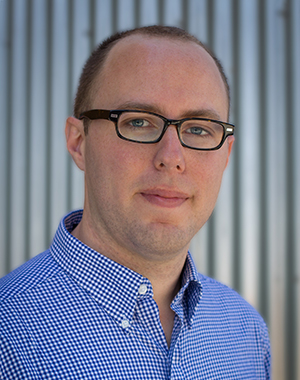 Experienced policymakers are more likely to make fair offers in bargaining than the average person, and less likely to accept low offers — even if it means both sides get nothing.

Such were the findings of a recent study coauthored by UC Merced political scientist Brad LeVeck, whose research uses experiments and mathematical models to examine strategic decision-making in politics.

The study, published in the Proceedings of the National Academy of Sciences, was the first to conduct laboratory bargaining experiments with people who make real-world decisions on the international stage. Participants included former members of Congress, top U.S. cabinet officials and top strategists at major U.S. corporations, among others.

The participants were asked to play “the ultimatum game,” in which one person proposes how to divide a fixed prize with another. If the offer is rejected, both people receive nothing. By comparing the behavior of high level decision-makers in the game to that of college students and online players, the researchers found that the more experienced negotiators tended to make higher offers than the average person, and they were more likely to reject low offers.

“What we found was consistent with our theory that if you are involved in high-level negotiations, you learn over the course of your career that this is a good way to bargain,” LeVeck said. “It’s in your best interest to make a fair offer to begin with, and it’s beneficial to reject low offers.”

Gaining access to such high-ranking decision-makers was logistically challenging — it took more than two years to conduct experiments with just over 100 participants — but it proved invaluable, and LeVeck and his team believe there is more to be gained by examining their actions in the experiments.

Forthcoming studies will look at whether these policymakers are more strategic than average people in reasoning through decisions, and whether they are willing to make commitments on behalf of their country even when it’s uncertain whether the country could meet its obligations. Another future study looks at whether bargaining among groups — such as between political parties in Congress — is more or less likely to lead to positive outcomes.

LeVeck, who conducted the research while a graduate student at UC San Diego after completing his undergraduate work at UC Berkeley, said he’s looking forward to continuing his research at UC Merced.

“I love it here,” he said. “It still feels like a startup. The political science group is very collaborative, supportive and productive, and the students are sharp and very eager to learn.”