Researcher to Study Nuances of Neurons in the Brain 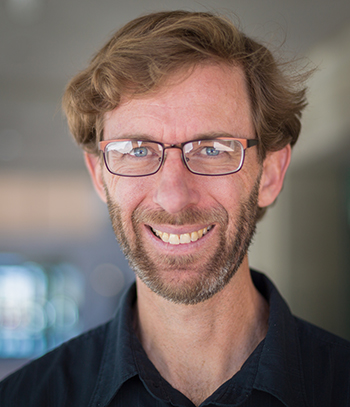 Neurobiologists have identified different types of neurons in the brain, but have struggled to put that knowledge into a useful context because they don't yet fully understand what makes one neuron behave differently from another. A new research project from UC Merced Professor Mike Cleary has the potential to begin unlocking those mysteries.

Cleary’s project is one of just 16 to be selected from 126 proposals for the inaugural round of funding from Cal-BRAIN (the California Blueprint for Research to Advance Innovations in Neuroscience), a new research grants program aiming to revolutionize our understanding of the brain. The projects, each of which will receive a $120,000 seed grant, represent efforts around the state to create new technologies capable of measuring brain activity in greater depth, breadth and detail than is currently possible.

“The Cal-BRAIN program has the opportunity to leverage the groundbreaking research being done in our state, including at UC Merced, to dramatically advance our understanding of the brain,” said Sam Traina, vice chancellor for research and economic development at UC Merced. “We are proud that Mike Cleary will have such an important role in this effort.”

All the neurons in the human brain have the same genes, Cleary said, but different genes are turned on or off in different neurons. Turning a gene on results in the production of a messenger RNA (mRNA) copy of that gene.  Identifying the mRNAs expressed in a specific type of neuron can help scientists understand the unique properties of that neuron, such as how it connects with other neurons and how it changes during processes like memory formation — but doing so poses a challenge. 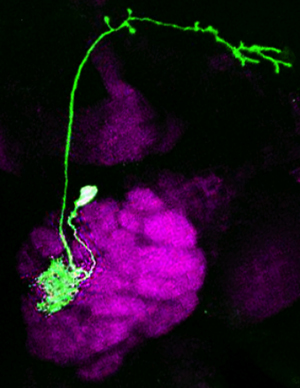 “One option is to dissect neurons out of the brain and then identify their mRNAs, but removing neurons from their normal environment can cause changes in gene expression,” said Cleary, a professor in the School of Natural Sciences. “Our project aims to develop a method of identifying neuron-specific mRNAs without having to remove the neurons from the brain.”

To accomplish this, Cleary and his team are developing a new technique in which specific neurons make mRNAs that are tagged by a small chemical modification. Those modified mRNAs can then be isolated at defined points in development or during a complex behavior. This information can be used to make mRNA maps of the brain, thus revealing the diversity of gene expression among brain neurons.

Cleary’s team will conduct their experiments using the fruit fly, whose brain has many similar genes to that of humans, but on a much simpler scale. The Cleary lab is joining forces with UC Merced Professor Fred Wolf, an expert on the neurobiology of fly behavior and a co-investigator on the Cal-BRAIN grant. After establishing their new technology in flies, the scientists plan to make the technology available to the neurobiology community in hopes that it will be useful for studying normal brain function and neurological diseases using other animal models.

Cal-BRAIN, an initiative led by UC San Diego and the Lawrence Berkeley National Laboratory, was signed into law in June 2014 and is the California complement to the federal BRAIN Initiative announced by President Barack Obama in 2013.

Scientists from all California nonprofit research institutions were eligible to apply for Cal-BRAIN grants. The 16 funded projects will be carried out at all 10 UC campuses, Caltech, Stanford and the University of Southern California.

The proposals were first assessed by Cal-BRAIN’s out-of-state scientific advisory board, which then made recommendations to relevant subject experts for detailed reviews. The review criteria included scientific quality, significance, innovation and scalability.

Cal-BRAIN has an initial budget allocation of $2 million, with the seed grants accounting for 96 percent of that, or $1.92 million.

“State investment is critical to the advancement of important research in California,” UC San Diego Chancellor Pradeep K. Khosla said. “This funding will enable some of our nation’s most talented and innovative researchers to make discoveries that will transform lives and benefit society for years to come.”

A five-year grant totaling more than $1.4 million awarded by the U.S. Department of Education will allow UC Merced's Center for Educational...

In the 2022 Sustainable Campus Index, UC Merced placed Top 10 in several categories including a tie for the No.1 spot in research. The annual report...