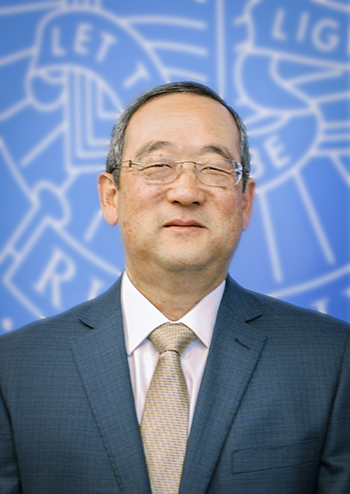 Mark Matsumoto has been named dean of the School of Engineering at the University of California, Merced, the university announced today. His appointment is effective Sept. 1, 2015.

In his new position, Matsumoto will replace Erik Rolland, UC Merced professor of management, who has served as interim dean of the School of Engineering since the departure last summer of Dan Hirleman, the school’s dean from 2010 to 2014.

Matsumoto has strong ties to UC Merced and the School of Engineering. He served as a member of the Campus Planning Committee during UC Merced’s formative years, from 2000 to 2003, assisting in the selection of academic majors, the creation of an academic administrative structure and the hiring of senior administrative leadership. In 2010, he served for six months as interim dean of the School of Engineering after the departure of the founding dean.

“Dr. Matsumoto’s extensive involvement in the development of UC Merced and his brief role as head of the School of Engineering, along with his 15 years of leadership experience at the UC Riverside Bourns College of Engineering, will serve as excellent preparation for the duties he assumes at UC Merced,” said Thomas Peterson, UC Merced executive vice chancellor and provost. “We are delighted to secure a candidate of his experience and past engagement with UC Merced to lead our School of Engineering into its second decade.”

Matsumoto is a widely published author or co-author of technical articles, research reports, textbooks and review articles in his fields of interest, and he has made scholarly contributions at more than three dozen symposia and conferences. His research work, often conducted with colleagues, has attracted more than $10 million in sponsored support.

He is a member of the American Academy of Environmental Engineers, the American Association for the Advancement of Science and the American Society for Engineering Education, and he is the recipient of several honors and awards for teaching excellence.

Every time you surf the web, check your credit card balance, or even sign up for a class at UC Merced, you’re using a relational database....

As part of its commitment to inclusive excellence in graduate research and education, UC Merced has awarded its new Chancellor’s Fellowship for...