Community Garden Gets Facelift From Students 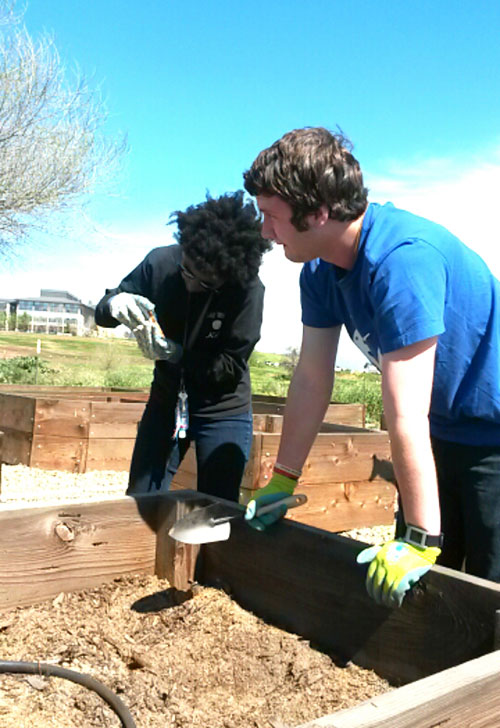 Warmer weather gave students the opportunity to spring to action to replant the community garden located next to Little Lake.

The “Plant-A-Day” event, held March 18, was a collaboration between Engineers for a Sustainable World (ESW) and the Yosemite Leadership Program (YLP). Both organizations are hoping to engage the campus community, especially on-campus residents, in planting and maintaining the campus’s community garden.

Merritt Writing Program lecturer De Ette Silbaugh, who serves as advisor for ESW and the community garden, said the idea came about six years ago when several students in her professional writing class wrote a proposal to build a community garden. In 2013, ESW students and other volunteers cleared the land. Last year, the engineering students built and installed 16 planting beds with a solar watering system, but the garden sat dormant.

Silbaugh, a master gardener in Merced County, said the two organizations have gained support from the campus and she is glad to see the garden taking root.

Isabella Beltran, an environmental engineering major from Riverside, spent most of the planting event tinkering with the solar powered watering system. While she wasn’t one of the engineers who designed the unit, she has taken the lead in making sure it functions properly.

Beltran, who had never gardened until coming to UC Merced, said, “I learned about the club as a freshman, and I was able to get involved in every aspect of the garden — financially and physically.” 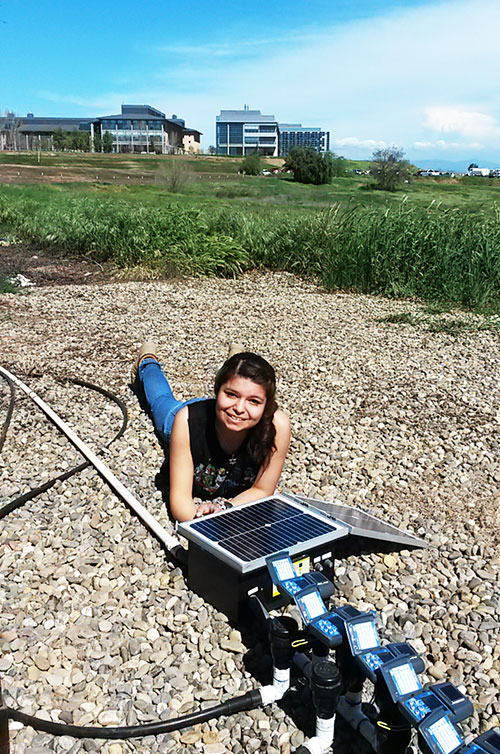 The community garden is in line with the University of California’s Global Food Initiative. Introduced in 2014, the initiative harnesses systemwide resources to address issues of food security, health and sustainability.

Several YLP students became interested in the garden for their Social Change Practicum capstone project, which will address food security among students and throughout the Merced community. Bezait Ali, an environmental engineering from San Jose, sees this as an opportunity to encourage students to find additional options for eating healthy.

“I think it connects students to the food they eat, to nature and to the process of how things grow,”Ali said. “It makes it more personal than just grabbing your food from the dining center.”

There are many possibilities about how and where the food from the community garden will used, but ESW and YLP have taken the first step in finding students who are eager to plant and to care for the garden.